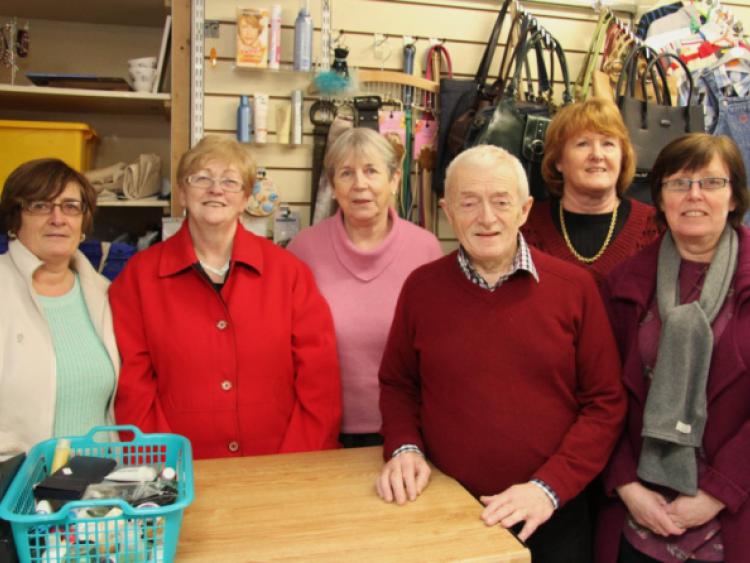 It is nearly 40 years since Mary Cullen joined St Vincent de Paul in Portlaoise. Retired as shop manager, she still volunteers with the charity.

It is nearly 40 years since Mary Cullen joined St Vincent de Paul in Portlaoise. Retired as shop manager, she still volunteers with the charity.

Mary and her late husband Peter were proprietors of the Needle and Anchor shop, across from Portlaoise prison, when she began helping the charity back in 1976.

“They had sent round envelopes for donations, but they never collected ours. I asked why, and they said they had no-one to do it, so I said I would.

I remember my first house call, there was a young fella sitting at an open fire toasting bread on a fork, the ESB had cut him off, it was horrific,” she says.

The work done by SVP was similar to today, but on a smaller scale she says.

“People didn’t have much, but they made do with less. Back then it was people living on social welfare, now it is problems with mortgages and rents. We don’t pay mortgages but we offer advice,” says Mary, who is also on the board of the local Money Advice Bureau (MABS).

The charity focuses on helping with the essentials of food and heating, including delivering rounds of sandwiches to Portlaoise schoolchildren each day.

“I am not in it for the thanks, whatever I can do, I will do. It’s good to be able to help people,” she said.

Her husband Peter passed away several years ago.

“He was very good. We used to store the furniture in our back yard, he would go out collecting it, and mind the children when I was out,” she says.

The St Vincent de Paul shop on the Dublin road was bought after the SVP were left money in a will, with a raffle paying the rest of the cost.

“People drop in clothes or we collect them, and we sort, wash, iron and price them. Some of the furniture donated is given to those in need, the rest we sell and the money goes towards our work. We have CE workers and about twenty great volunteers, but more are welcome,” she said.

One of those CE scheme workers, Phil Miller, is now the new shop manager, but Mary is still helping out with accounts and any other volunteer work needed.

“Last Christmas was the busiest we ever had, but we got fantastic donations of food, we always appreciate donattions be they food, clothes or furniture,” she said.

President of the Portlaoise branch is Billy Fitzpatrick.

“Mary has been invaluable to us, she knows all our clients and they trust her, she truly is the face of St Vincent de Paul. She has been a great asset and we are delighted she is still volunteering,” he said.

The SVP shop (beside the church) is open to all, Monday to Saturday. The furniture store behind it opens Tuesday to Thursday.