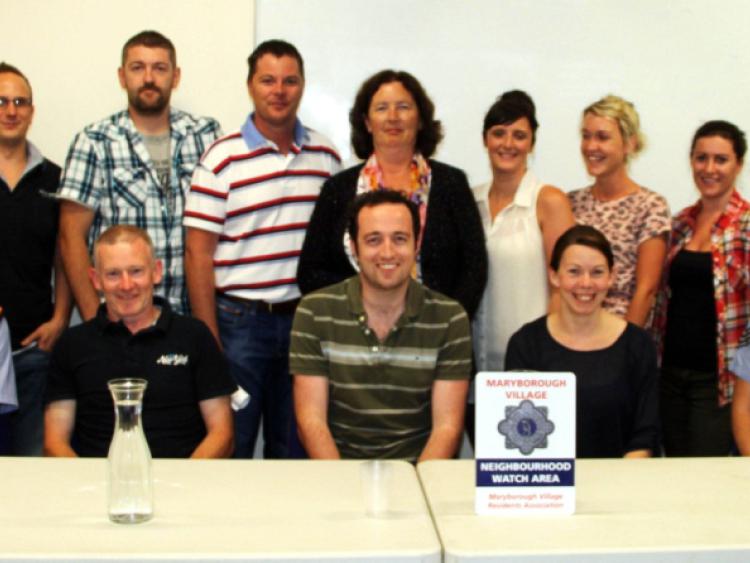 Residents of Maryborough Village were encouraged to report any suspicious activity in their estate by Portlaoise gardaí at the launch of their Community Alert, last week.

Residents of Maryborough Village were encouraged to report any suspicious activity in their estate by Portlaoise gardaí at the launch of their Community Alert, last week.

“They told us if we think there is anything suspicious in the estate to ring the station. They said it doesn’t matter if it’s one call or ten calls they will investigate it anyway,” Residents Association Committee Member, Paula Keenan said.

“A lot of us wouldn’t have known any of the guards before last week so it was good to meet them and we hope to build up a rapport with them for the future,” said Ms Keenan.

Ms Keenan continued: “They gave us some good advice on safety such as making sure all the windows are closed if you’re going out, don’t leave your jacket in the car because someone will think there is something in it or under it and could break into your car for it.”

“They also gave us community alert stickers for all the houses in the estate and we will be going around with these in the next few weeks with those.”

The Committee plan to meet in a few weeks to brainstorm different fundraising events. They have also set up a facebook page which includes the estate’s latest newsletter and details of last week’s launch on it.