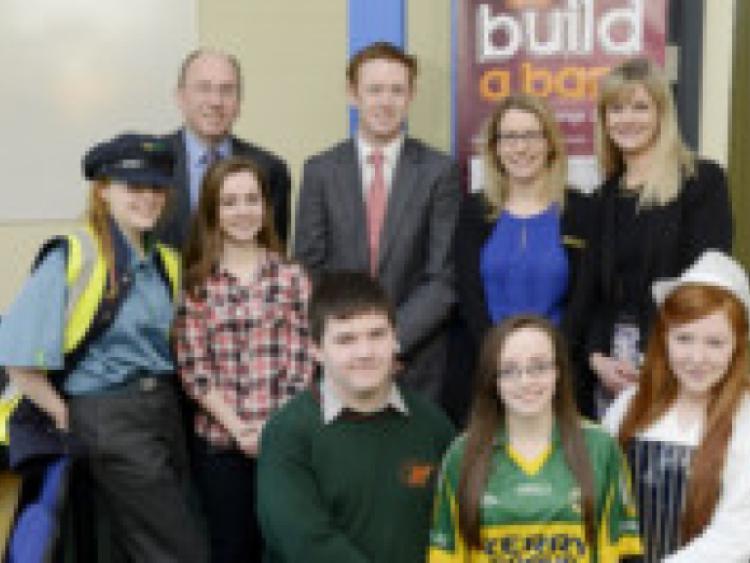 The transition year students are running their very own bank as part of this year’s competition, and Colm shared tips on both the competition itself and on GAA during his visit.

After a motivational and inspiring talk, Colm took the school’s gaelic football team for some coaching lessons on the pitch. He shared advice on nutrition and how to manage time between study and playing sport.

The visit to the school also provided an opportunity for principal Ms O’Neill, wife of GAA president Liam O’Neill, to meet Colm outside of normal sporting circumstances.

The AIB Build a Bank Challenge is one of Ireland’s largest transition year competitions, with over 200 schools signing up in 2014. Students develop their management, marketing and people skills by implementing creative customer loyalty programmes and fully exploiting technology to create a successful school bank.

Colm has travelled around Ireland to many schools involved in this year’s competition.

“The students in Rathdowney really impressed me with their hard work, creativity and community focus,” he said.

The students have been actively involved in promoting their school bank, named ‘Puzzle Bank’, throughout the community, and Colm was particularly impressed with this.

The students will present ‘Puzzle Bank’ to a panel of AIB judges at the Regional Finals in Febrauary, highlighting the achievements to date as well as the challenges they met along the way.

The top four winning schools from each region will go forward to the National Final in April in the RDS to compete for the top prize of €5,000 for their school.