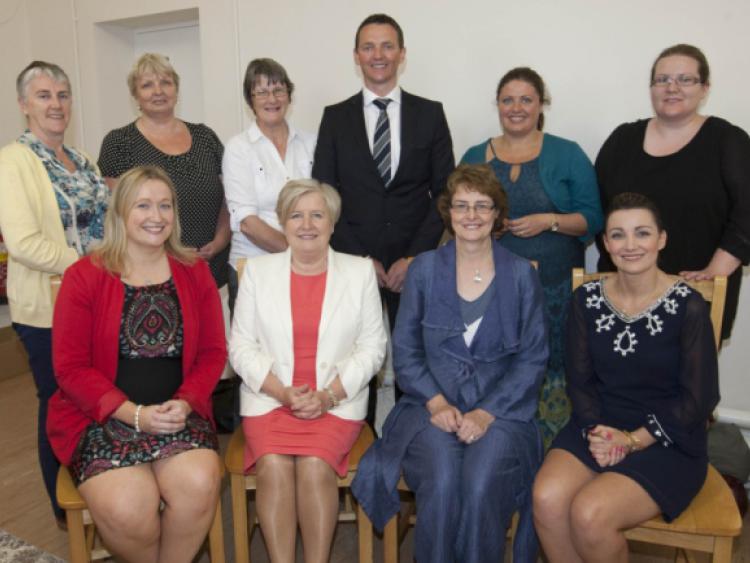 The public is set to have a wider choice of adult training at the newly refurbished Portlaoise Adult Education Centre in the former CBS school.

The public is set to have a wider choice of adult training at the newly refurbished Portlaoise Adult Education Centre in the former CBS school.

Newly appointed acting CEO of Laois Offaly ETB Joe Cunningham said that there had been a lot of negotiations, perseverance and patience since planning began in 2010 but that the process had been worth it.

He thanked those who had supported the project all along since plans began in 2010.

“We look forward to developing a new range of courses and providing a more integrated service”.

Chairperson of the board Cllr Mary Sweeney said that it was a great pleasure to officially launch the new building, adding that is is a treasure.

“It is tremendous how much adult education has come in the last 25 to 30 years. There is a huge debt of gratitude owed to all the staff of Laois VEC. Today is all about the students,” she said.

Portlaoise’s PP MsgrJohn Byrne also spoke and gave a brief history of the building which has been involved in education through the Christian Brothers since the 1840s.

“I am so delighted we have what we have today. It will serve Portlaoise and the surrounding areas and congratulations to all who have brought it to this,” he said.

Retiring CEO Anne O’ Keeffe said that the occasion was personally significant to her as it was her last public function.

“I feel sure that if the educational pioneers returned today they would be immensely proud to see the new building.

“I particularly want to thank Joe Cunningham for his immense input of time, energy and skills into this project,” she said.