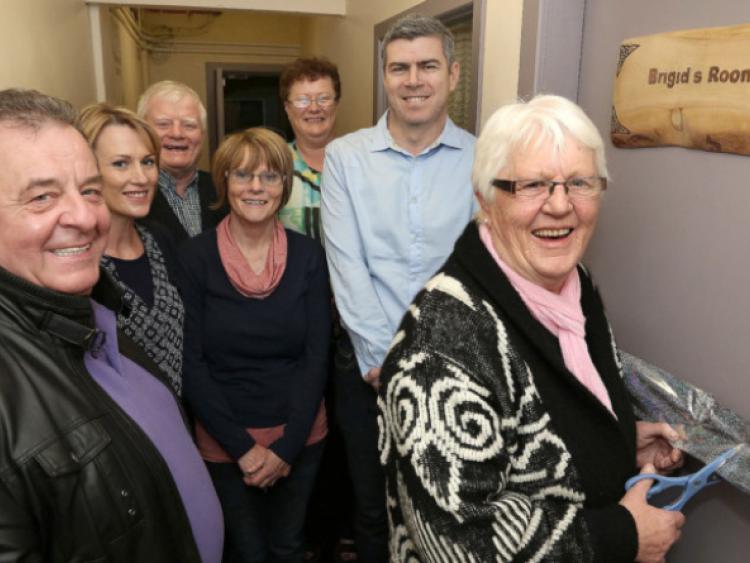 Brigid Emerson who worked as a volunteer for 35 years at Portarlington Community Centre, now has a room named in her honour there.

Brigid Emerson who worked as a volunteer for 35 years at Portarlington Community Centre, now has a room named in her honour there.

Mrs Emerson was surprised and “embarrassed” at the honour bestowed on her last week.

“I wasn’t expecting anything. I do appreciate it but so many good reliable people helped me out over the years, I like to take a back seat,” she said modestly.

She first became involved in committees in the 1980s when her children were in school.

“The parish priest was looking for local organisations to complete the community centre, so I took it on. I was elected to Offaly County Council in 1991,” Mrs Emerson said.

She has retired from official duties now at 73.

“I have my grandchildren around me now, I am not in any organisations but I like to call in to the centre,” she said.

She is satisfied she left it in capable hands.

“It’s of huge importance to Portarlington, we have so many different nationalities here now, there is loads of stuff going on. It is run very tightly by Seamus Kehoe, it is in extremely good hands,” she said.

Chairman Seamus Kehoe said Mrs Emerson’s contribution of 35 years of consistent service was the reason why the meeting room was named after her.

“It is very rarely this is done. No matter when you wanted help with government agencies, Brigid would point you in the right direction. Her biggest asset is her valuable experience, she is always willing to give advice, and up to recently was actively involved in the day to day running of the centre, we are trying to get her to slow down. She is very pleasant and so well known and liked in town,” said Mr Kehoe.