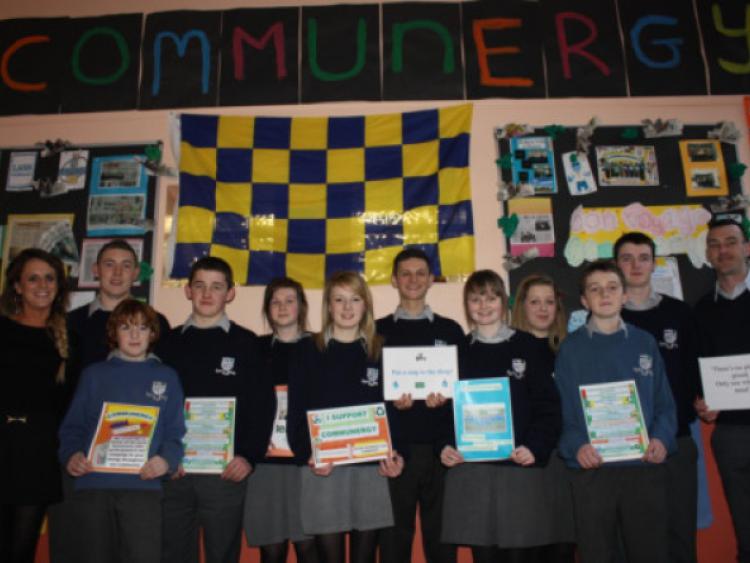 AFTER a very successful year in 2012, the Mountmellick CS Communergy team felt that they wanted to achieve even more in 2013 for their community, their school and the environment.

AFTER a very successful year in 2012, the Mountmellick CS Communergy team felt that they wanted to achieve even more in 2013 for their community, their school and the environment.

The project deadline was February 22, and the team were chosen to present their project to a panel of judges last Wednesday, March 20 in the Eco den in Dublin.

The second project was The Green Awards 2013. Now entering its fifth year, the Green Awards aim to celebrate excellence in sustainability and to encourage green best practice amongst Ireland’s organisations and individuals.

The Communergy team were delighted to be informed that their project has been short listed in ‘The Green school or College award’ category. The Green Awards team stated that this was the biggest response they got to the annual awards to date and received entries from the highest echelons of Irelands green and sustainable sectors.

As always Communergy thanked everyone who has been involved in this project since it began in 2011. Communergy received huge support from the community of Mountmellick, their school, teachers, fellow students and all who participated in workshops and events over the last two years.

Communergy has worked extremely hard in raising awareness to save energy on a local, national and global scale. This year the team got the opportunity to attend the Qatar-in-Brussels event and to bring their project to the European Parliament. Communergy are delighted that they are receiving such recognition for the work they have done and appreciate this opportunity to represent their school and community.