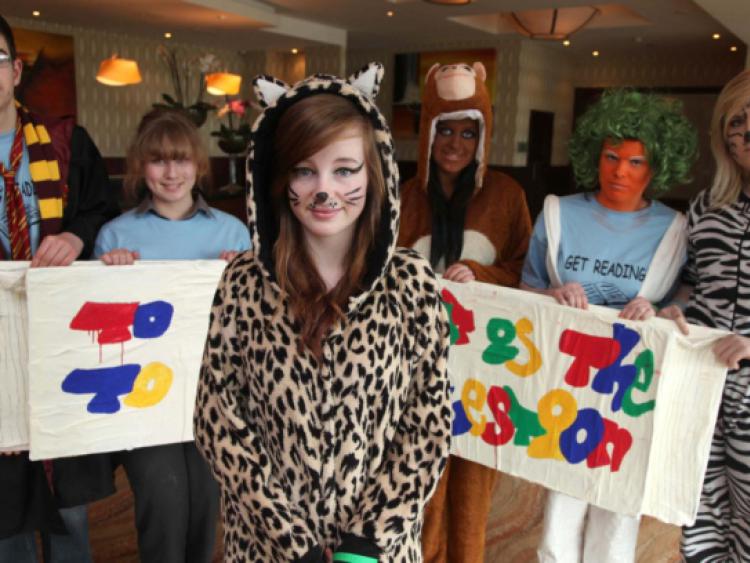 STUDENTS from Portlaoise College have been shortlisted for the title of “Young Social Innovators of the Year 2013”.

STUDENTS from Portlaoise College have been shortlisted for the title of “Young Social Innovators of the Year 2013”.

Their project entitled ‘To Chat or Text, That is the Question’ encouraged young people to read rather than use Facebook.

It is among 60 projects from schools and Youthreach centres across the country competing for the award, which will be announced at the Young Social Innovators Showcase and Awards, supported by the Vodafone Ireland Foundation, at the Citywest Hotel, Dublin on 8th May 2013.

Portlaoise College’s project focused on encouraging students to read rather than to use Facebook. The team selected the issue by discussing concerns about Facebook usage and decided to try to rekindle the enjoyment of reading. Their innovative response was to access money to update their school library, run a school Readathon, organise that a 15 minute space dedicated to reading would be announced randomly and frequently during the school day and arranged a Christmas reading session with students in the local primary school.

Over 300 social action projects were completed by young people across the country. The projects addressed a range of social issues of concern to young people including cyber bullying, farm safety, mental health, youth literacy, facilities for children with disabilities and a Braille programme for restaurant menus. Last year’s title was won by Davis College, Mallow for their project on helping the families of missing people in Ireland.

Now in its 12th year, the YSI Social Innovation programme is open to all 15-18 year olds through schools and youth organisations and gives them the skills and know-how to bring about change in their communities and wider society. Over 42,000 young people have participated in YSI since 2001. Young Social Innovators aims to more than double the number of young people involved in its programmes and build an empowered network of 100,000 young social innovators by 2015.