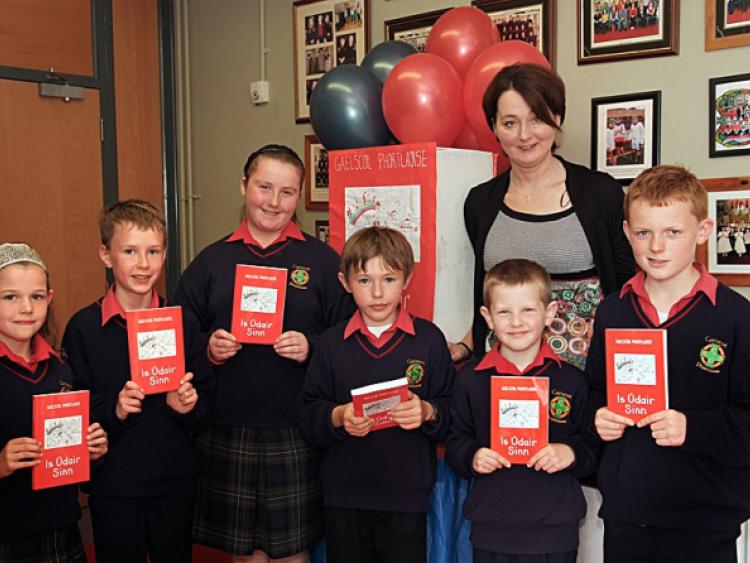 Gaelscoil Phortlaoise launched its new book, “Is Údair Sinn”, in a special bi-lingual ceremony at the school recently.

Gaelscoil Phortlaoise launched its new book, “Is Údair Sinn”, in a special bi-lingual ceremony at the school recently.

The book is a compilation of short stories, poems and other articles, written by pupils from the 1st to 6th classes. Most of the contributions are as Gaeilge, and it is this which makes the book a local landmark publication.

The launch was officiated by Deputy Principal, Siobhán Uí Chuinn, who co-ordinated the book’s compilation and production.

“The greatest reward for any writer is to see their work published in a real book, and this is even more true for a child” added Siobhán. She paid tribute to Oisín Ó Scarraigh for his colourful front cover design.