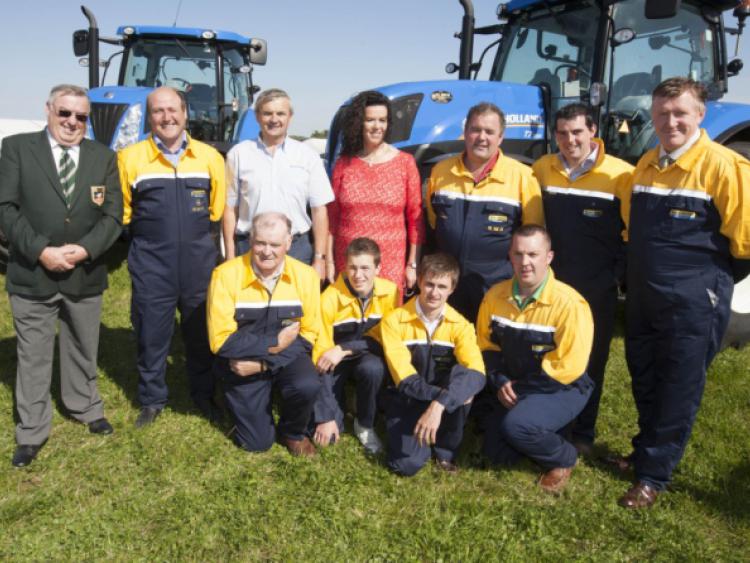 The 13 men and one woman that makes up the Laois Ploughing team will be hoping that home advantage will help them secure a few titles at this year’s All Ireland Ploughing Championships.

The 13 men and one woman that makes up the Laois Ploughing team will be hoping that home advantage will help them secure a few titles at this year’s All Ireland Ploughing Championships.

Laois Ploughing secretary, Alan Davies said it it a great honor to have the championships in Laois this year.

“It’s a great honour to be on home territory and to have the National Ploughing Association based in Laois.”

Alan continued: “We hope that it being held locally will be an advantage for us, It’s an excellent site and the preparations out there are going very well.”

Weather will play an important part on the day for the plougmen and women.

“Hopefully it will be dry overhead on the day, if it stays like this it would be great.”

Anne Marie McHugh will be trying her luck in the farmerette class, while Patsy Condron, Karl Davis and Seamus Duggan will take part in the intermediate reversal. Tom Cushen will be taking part in the under 28 reversal, with Brian Hennessey in the three furrow standard reversal class and Eoin Lacey in the macra class. Finally Tom Pender will be competing in the two furrow vintage class.