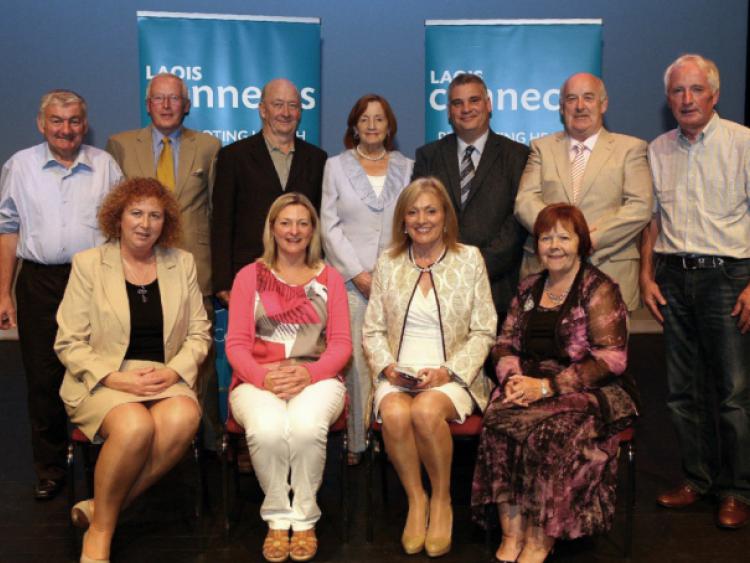 Laois Connects, promoting positive mental health and wellbeing, was launched by RTE’s Mary Kennedy at the Dunamaise Arts Centre last week to a large crowd from all corners of the community.

Laois Connects, promoting positive mental health and wellbeing, was launched by RTE’s Mary Kennedy at the Dunamaise Arts Centre last week to a large crowd from all corners of the community.

This is the second year of Laois Connects and due to its popularity last year, the programme has doubled in size. Speaking at the launch Mary told the audience that suicide affects everybody and had affected her also.

“In the past two years four instances of suicide have touched my family. In these cases it happens to be men and young men. I’m delighted to see that places to go for help have been included in the programme”.

Mary praised the organisers for their efforts. “Congratulations to you for stepping up to the plate and saying we will do this. it is a wonderful idea and all the bodies involved are made up of people. Community is so important. I’m not surprised that the programme has doubled from last year”.

“This is a cascade of positivity. mental health is the fuel of positive healthy living and this is a huge engine of promotion”.

Honor Deevy of Laois County Council who is co-ordinating the event said that “challenging the stigma of mental health is a challenge for all of us. I would encourage communities to talk, engage and connect with others”.

Chairperson of Laois Community Forum Paddy Buggy said that he hoped “we as a society make great strides in promoting positive mental health”. He was echoed by County Manager Peter Carey. “How critical an issue this is, there are so many different angles to mental health, and mental health is being challenged by modern life”.

As well as the programme of events, the Mental Health Collaborative Group also launched a directory of services and supports which will be available at all Laois Connects events. Laois Connects runs from September 28 to October 5.