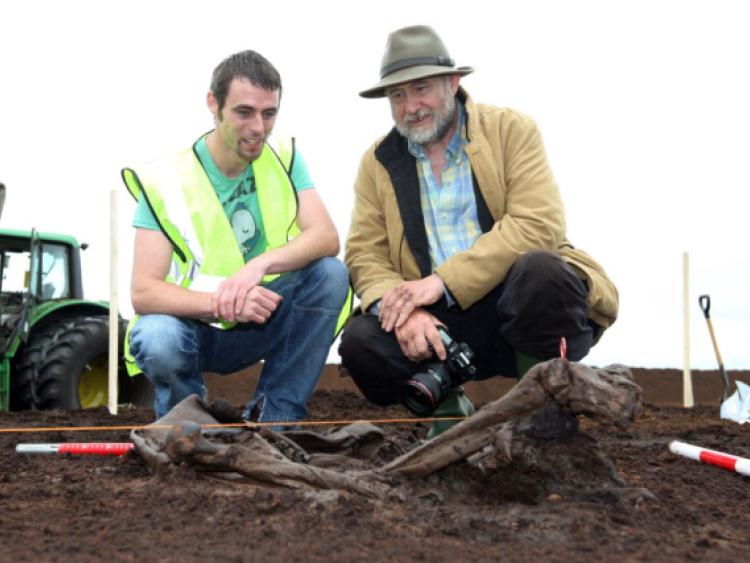 THE bog body discovered in 2011 in Cashel Bog, south of Portlaoise, has proved to be the oldest in Europe.

THE bog body discovered in 2011 in Cashel Bog, south of Portlaoise, has proved to be the oldest in Europe.

Tests carried out on the remains show that it is that of a young man who had been killed in human sacrifice around the year 2000 BC. This date means that what is now called Cashel Man is the oldest body with flesh on it that has ever been discovered in Europe.

The findings have been reported by Eamonn Kelly of the National Museum of in the latest volume of the journal ‘Ossory, Laois and Leinster’.

So surprised were the experts at the date of the body that a second series of tests were carried out in England on the peat found above and below the body, which confirmed the age of the body.

It had been thought initially that the body might have been that of an English Elizabethan soldier involved in the Nine Years War of the late sixteenth and early seventeenth century.

Dr Kelly maintains that the wounds on the body, and the fact that it seems to have been tied down beneath hazel rods, all point to the man being the victim of a ritual sacrifice. ‘All the indications are that the human remains from Cashel Bog tell of the fate of a young king who, through folly or misadventure, was deemed to have failed to appease the goddess on whose benevolence his people depended, and who paid the ultimate price.’

The journal is on sale at bookshops in Portlaoise.