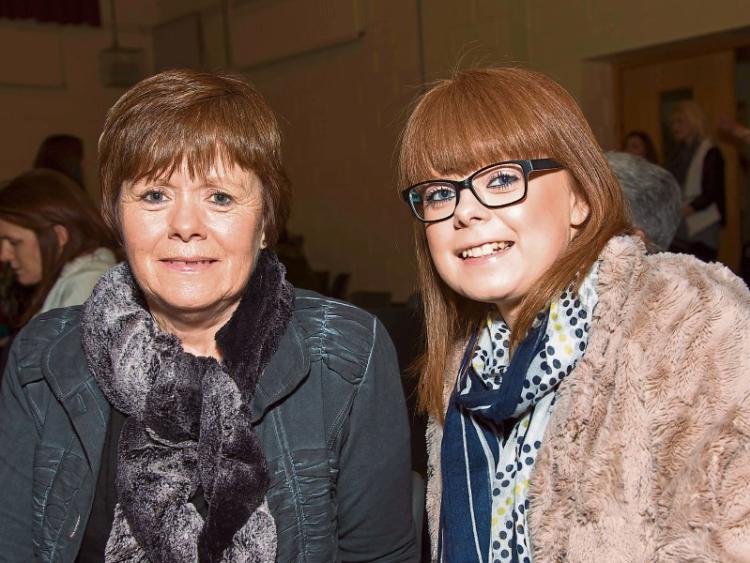 This Friday March 11 is Daffodil Day and daffodils will be on sale at the usual outlets in Borris in Ossory. The organisers would welcome more volunteers to help sell the daffodils. If anyone has an hour to spare on Daffodil Day please contact Lily Sheeran at 0505-41308 or Stella Kealy at 087-6320156.

Congratulations were extended to Helen Browne, Pat Kelly and Helen Kavanagh on the births of their new grandchildren and with Lily Sheeran on the birth of her first great grandchild. Arrangements were made for five members to attend the Irish Evening in Spink Hall on Sunday afternoon March 13. Congratulations were extended to the Table Quiz team which won the Federation Table Quiz on Wednesday February 24. Noreen Whelan, Mary Sheeran and Helen Kavanagh were presented with the Perpetual Trophy and will represent Laois at the National Table Quiz Final to be held at An Grianan on Saturday April 2. The guild is starting a course in Pilates with Julie Maguire on Wednesday March 9.

Special guest was Ber McWey, Ballyroan who demonstrated a very unusual craft. She covers wine bottles with natural twines and decorates them. The end result is very effective and the bottles can then be used as table centres, candle holders, containers for flowers or foliage.

The next meeting will take place on Wednesday April 6 and the competition will be the nicest Arrangement of Spring flowers (dimensions 6” to 8”). This will be the Annual General Meeting and all members are requested to attend.

A meeting of the Lourdes Invalid Committee will be held on Thursday night March 10 in St Canice’s Hall, starting at 8pm. All members of the committee are asked to attend.

Eucharistic Service in Killasmeestia on Thursday at 10 a.m. Adoration 10-11 a.m.

Borris in Ossory ICA guild is starting a course of armchair Pilates on this Wednesday March 9 in St Canice’s Hall. The classes will run for six weeks and will start at 8pm each night. These classes have been very popular and very beneficial for the past two years. They are not confined to ICA members so anyone who would like to take part should contact the guild secretary Stella Kealy at 087-6320156 or any ICA member.