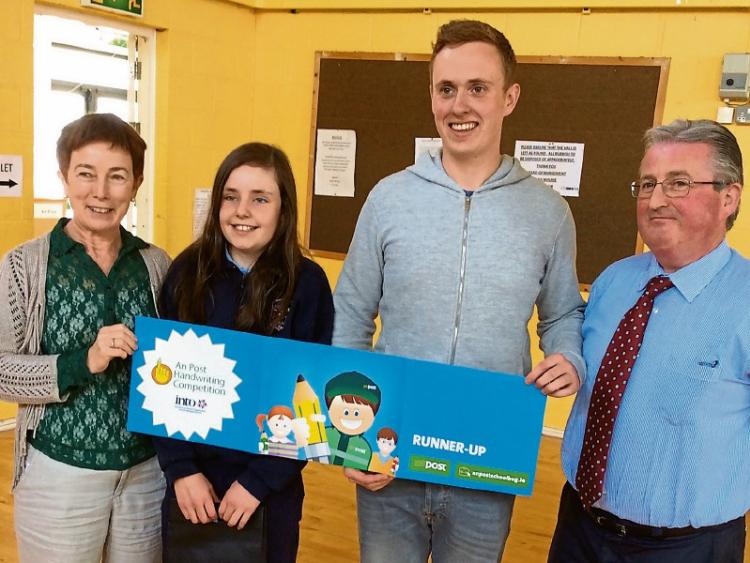 Two Laois primary pupils featured among the prizewinners of the recent An Post / INTO handwriting competition.

Jill's entry was based on the events of the Easter Rising of 1916.

She won a voucher for herself, her class teacher Mr Heffernan, and her school.

She also earned her entire class a week off homework.

Jill was presented with an engraved pen by the school and her parents and grandparents attended a celebration ceremony in the school, followed by an ice-cream that evening with her family!

The competition featured over 300 schools in the Southern region.

“We had a huge response from schools all over the country. The standard of handwriting was superb. We asked you to test your handwriting skills and you really put in a great effort. Well done,” said a spokesperson from An Post.

Certificates for all participants can be downloaded from An Post's website.