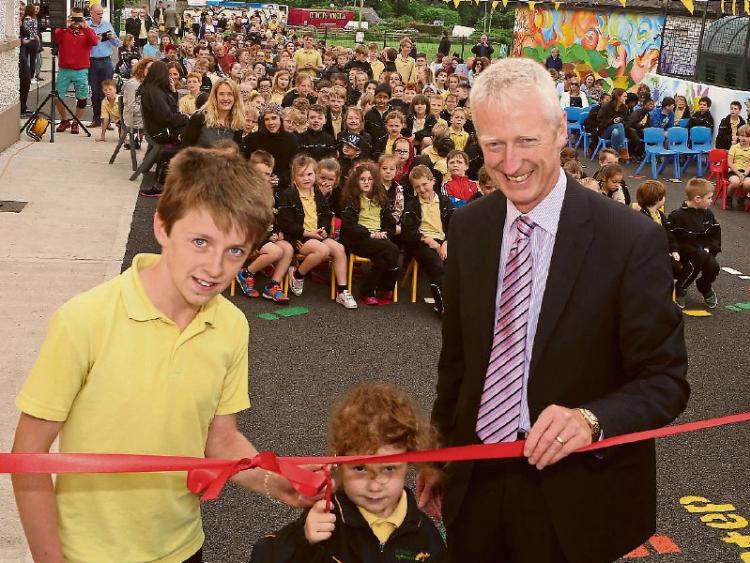 Pupils, parents and staff, past and present of the Heath National School united there on Friday, June 17 to celebrate the official opening of a new extension.

School Principal David O’ Brien described the “huge effort and hard work that had brought about these wonderful new facilities”.

Fr Paddy Byrne blessed the extension and the ceremonial ribbon was cut by the youngest (Lucy O’ Connell) and oldest pupils (Daniel Daly) in the school.

The celebrations continued with the raising of the school’s newly acquired green flag by the members of the green schools committee alongside their teacher Ms Róisín Ging.

Also on view is a beautiful new mural, painted by past pupil, artist Aisling Hennessy, representing a year in the life of the Heath NS.

Deputy Principal Michael Dowling also presented a time capsule which is to be buried on the school grounds for the next 50 years.

The capsule contains photographs and personal mementos from each class, which they hope will be of interest to the pupils of the Heath school in 2066.

The school wish to thank the Parents Council who provided refreshments on the day, and for their continued help and support over the last number of years.