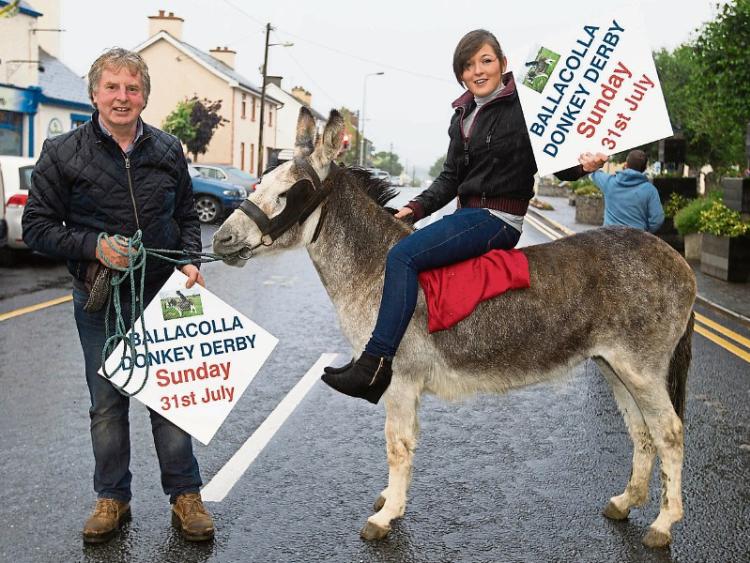 All roads lead to Ballacolla at the end of the month for Rás an Asal, Ballacolla's Midland Donkey Derby

The event was officially launched on Saturday, June 18 by Champion flat jockey Chris Hayes, along with Tralee Rose Kate Hyland.

The Derby will be held on Sunday, July 31 at Talbot's Hill Ballacolla with a prize fund of over €1,000.

Starting at 1pm with the first race off at 2pm, the event will consist of two sections open and local with winners from both sections meeting in a head to head to find an overall winner.

It is also planned to hold a number of side shows which will include a puc fada and long kick competition, tug o war, children's entertainment, bouncing castles etc. along with a King and Queen of the derby competition.

The day's entertainment will conclude with the Donkey Dance in the Hawthorn Outback where the presentation to all winners will be held.