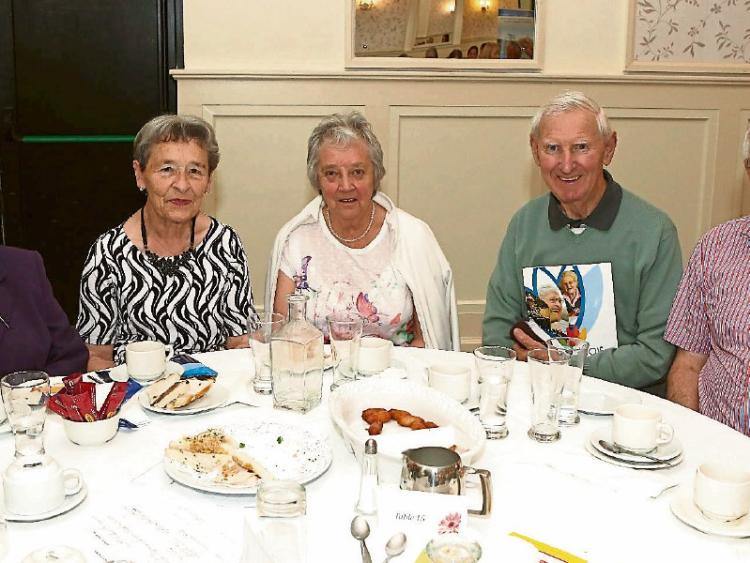 The monthly meeting of Borris-in-Ossory ICA Guild took place on Wednesday July 6 in St Canice’s Hall. The meeting started on a sad note as the guild lost two former members since the June meeting. The late Nancy Fagan, who passed away on June 13 was a former president and secretary of the guild. Nancy loved to travel and helped to organise several of the guild’s weekends away. The late Ursula Murray who passed away on July 1, was a former secretary of the guild and Ursula also travelled on many trips with the guild, both at home and overseas. She attended several courses at An Grianan. Votes of sympathy were passes with the Fagan & Murray families. A minute's silence was observed.

Get well wishes for a speedy recovery were extended to Florrie Foley who was recently hospitalised. Reports were given on the Federation meeting, Laois Week at An Grianan, the Civic reception at County Hall, the Cuisle Walk and cake sale and the launch of the Laois Age Friendly Strategy. Members who travelled on the Laois Federation trip gave an account of their enjoyable stay at the Falls Hotel, Ennistymon, Co Clare.

One of the members Hazel Glennon showed a very interesting visual presentation on the building of her home, Gortnalee House, Donaghmore. The house is a passive house which is eco-friendly and is heated mainly by solar. Hazel is very proud of her home and the beautiful gardens which she has developed in the short time since coming to live in Gortnalee.

Members were reminded about the Borris-in-Ossory Development Association/Tidy Towns Fun Day on Sunday July 31 and donations for the Cake Sale on the day will be greatly appreciated. The competition for the nicest Single Rose was won by Mary Teehan, 2nd Helen Kavanagh, 3rd Hazel Glennon and the raffle winners were Helen Kavanagh & Hazel Glennon.

The guild is taking a summer break - resuming on Wednesday September 7 when the competition will be the best pot of strawberry jam.

The annual outing, organised by Borris-in-Ossory Social Services Committee will take place on this Wednesday July 13. The venue this year is Glasnevin Cemetery and Museum and the National Botanic Gardens, Dublin. All those travelling on the outing should note that the bus will leave from the church car park after the 9am Mass.

Monthly Parish Social will take place in Killasmeestia Community Centre on Friday, July 15 music by the Castle Trio. Dancing will be from 9.30pm to 12.30am and supper will be served.

Donations being made to the Cuisle Centre and the local Meals on Wheels. Come and meets David Norris demonstrate some traditional threshing and other traditional farming methods on display.