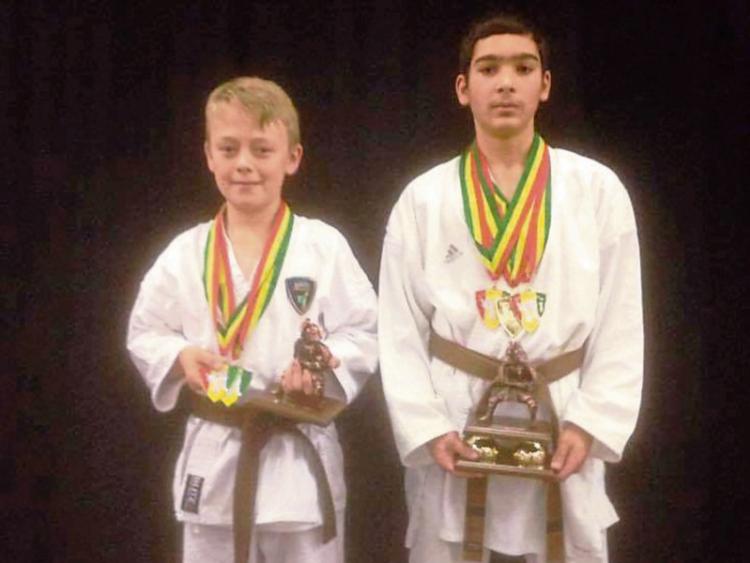 Knockbeg College wishes to congratulate two of its students from Laois, who recently won gold and silver medals represented their Karate clubs at the Carlow International Karate Competition.

2nd year Cillian Morrisey from Graiguecullen, won Gold and Silver in his individual events and Silver in the international event, while TY student Oisín Chelmiah from Ballickmoyler won two Golds and a Bronze in his events and Gold in the Internationa Event.

The boys competed against others in their age groups from all over Ireland, and Wales and England.

Both were also selected in their age groups for the Carlow International team where they were up against a select team from Ireland/England and Wales.

Both boys have a busy few months ahead of them as they will be competing in Birmingham at the start of November, followed shortly by the All Irelands.

They are also competing in an ongoing series of qualification events with the hopes of representing Ireland at the Karate World Championships to be held in Dublin next year.