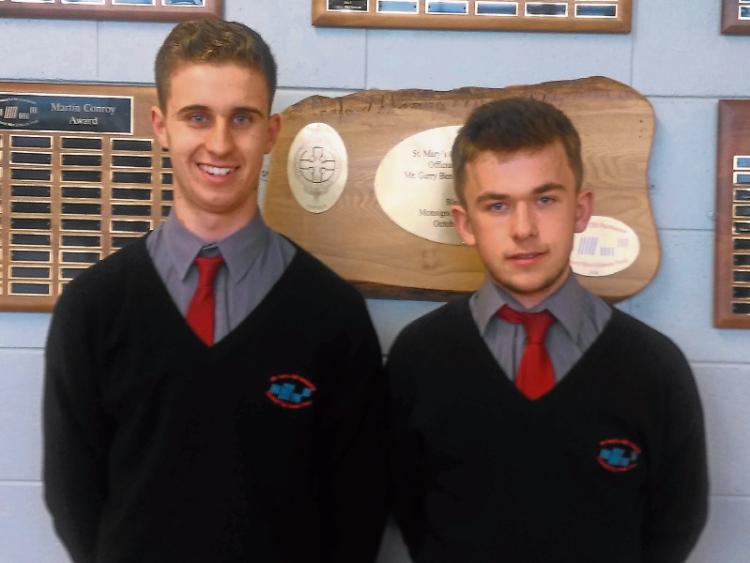 Sean Sheridan and Cian O'Toole each achieved 8 straight A's, including over 95% in maths and science.

As a result the State Examination Board invited them to the Olympiad, where the top 1 percent of students will compete to make it on to the national team, which will compete at the EU Olympiad in Copenhagen next May.

Both boys have now taken on Leaving Cert physics to prepare for the competition.

“I'm glad to be taking part. We were suprised as we had never heard of the competition. The physics is a step up but I'm handling it well and I hope to do great,” said Sean, a keen long distance runner for Oughaval AC.

“It is a very prestigious event. Myself and Sean are in the top 300 science students out of the 56,000 who did their Junior Cert,” he said.

Their physics teachers put the boys on a physics 'crash course'.

”I'd like to thank my Science teacher Mr Mulligan and to Ratheniska NS for helping gain an interest in science in the first place,” said Cian, who in his spare time plays football for Park/Ratheniska and has started running with Portlaoise athletics..

“St Mary's CBS are very proud of Sean and Cian's achievement, especially when the two of them won a place at the Science Olympiad. It augers well for the future,” she said.