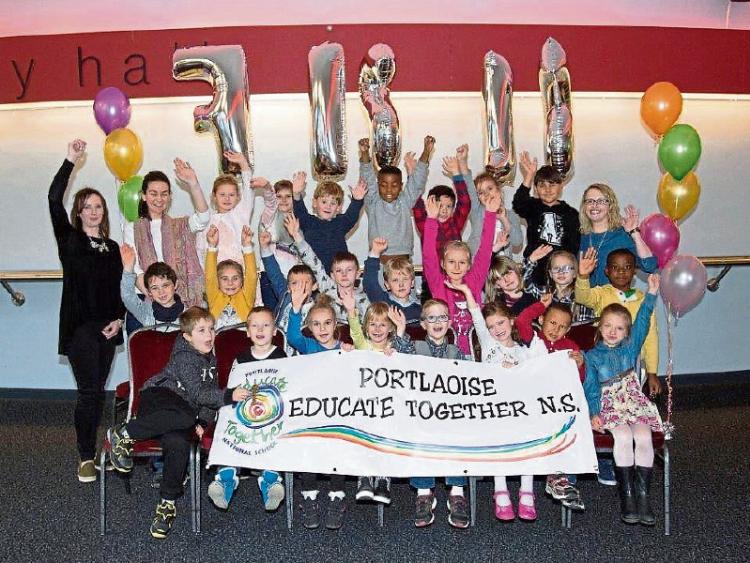 A prestigious award in film making and the best junior film at the 2016 FÍS film awards has come to Laois courtesy of first class pupils at Portlaoise Educate Together National School.

The class attended a special awards ceremony in the Helix Dublin on Wednesday November 16 to pick up their award.

The then senior infants made their film last March 'The 1916 Rising', to mark the 100th anniversary of the Easter rising.

The seven minute film features re-enactments of events leading up to, during and after the Easter Rising, with parliamentary discussions on the Government of Ireland Act, secret meetings of the seven leaders, the firing of the first shots in Colt woods in Laois, the reading of the Proclamation outside the GPO, and the eating of biscuits at Jacob's Factory.

The film also showed the events of aftermath on the streets of Dublin, and the wedding of Joseph Mary Plunkett to his darling Grace, followed by his execution.

It was shot in Laois, with locations including County Hall and Emo Court.

The students’ teacher is Elaine O’Rourke.

“I am immensely proud of my talented boys and girls. When we started this project I never thought that they would take to it so well.

“I was apprehensive about the subject matter because they were so young, only five and six year of age at the time. I needn't have worried. They totally embraced the project. We had a class of rebels all willing to join forces against the British army. Their passion and interest in the film was incredible. It allowed for cross curricular learning in a fun and engaging way,” said Ms O'Rourke.

“Reading the revolution papers in preparation for the project really brought the topic to life. It became their favourite part of the day. It is a lovely testament and it was a great way for the children to mark the centenary year. Many of the pupils are learning English as a second language and they did a super job reading and learning the script,” the teacher said.