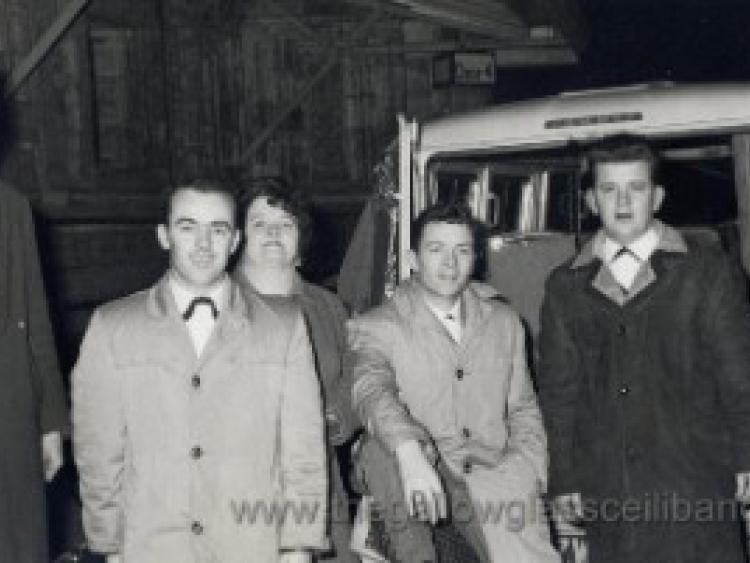 The eldest son of Jim and Margaret, Brendan was a member of the Prison service based in Portlaoise for most of his career but prior to that was well known as the accordion player with the Gallowglass Ceili band that played all over the World.

Brendan was the All-Ireland accordion champion for four years and played alongside greats like Jimmy Shand and his son Jimmy Jnr, Fintan Stanley and Dermot O’Brien of the Clubmen.

Brendan played in the old Camross Hall on many occasions and in more recent times played in both Coolrain and Camross lounges. He was rightly regarded as one of the finest musicians of his time.

Brendan married Sadie Thompson from the Harrow in Ballyfin and they had three daughters. Sadly Sadie passed away than two and half years ago.

Brendan had been ill for some time and lost his battle surrounded by his family in the care of the staff of the Midlands regional Hospital Portlaoise. Brendan was also bereaved by his brother Tommie two years ago having earlier lost brothers Jim and Dan.

Many great friends in the World of popular music and thousands of fans who danced to his music over many years all over Scotland, America and the Irish clubs in England and he often recalled the night when the London Palladium put the full house signs up at nine o’clock.

Click here for selection of tunes by Brendan Breen