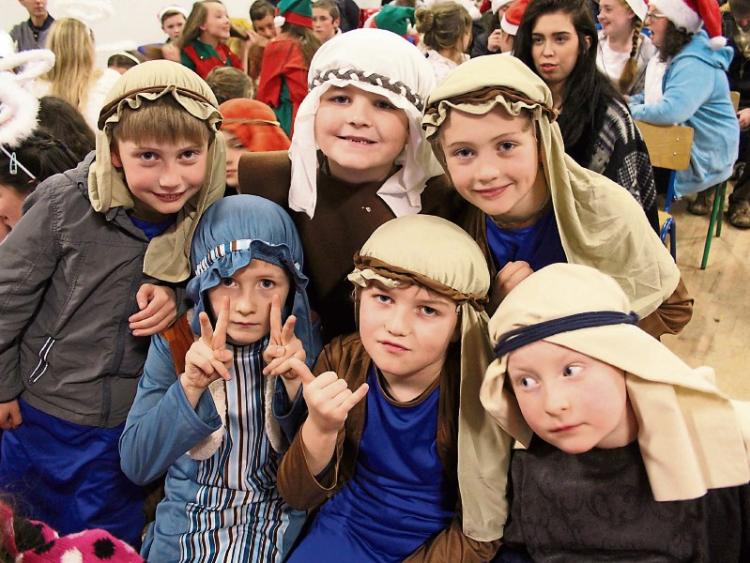 Carols, choirs, classical music and cute plays made it a memorable 'Carols at Candlelight' performance in Timahoe Community Hall recently.

The fundraiser was held by Scoil Mhuire Fatima to help equip its planned extension of two new classrooms for preschool children with autism.

The atmospheric night was a sell-out success.

Punters got plenty of ‘bang for their buck’ as they were treated to a fantastic line up of talented singers musicians and performers.

The Monasterevin Gospel choir was the first act to take to the stage and they really set the tone for the evening with their beautiful repertoire. Next up, was the Scoil Mhuire Fatima school choir with Frere Jacques, Count on Me, Everything is Beautiful and Feliz Navidad, accompanied by Donal Hennessy. Their charming arrangements combined with impressive harmonies brought the house down.

The Timahoe Folk Choir then took to the stage and their wonderful performance reminded people of the incredible talent that exists within the locality.

The last act before the interval was a clever dramatization of the poem, ‘The Night Before Christmas’, where 6th class students delighted the audience with a quirky personality filled performance.

After the interval, the amazingly talented Cua- John Davidson, Shane Booth and Ross O’Meara- wowed the audience with their wonderful accapella renditions of folk songs.

It was back to the children then as 1st and 2nd Class performed a charming version of ‘Hush Little Baby’ leaving parents within the audience beaming with pride.

It was then the turn of the school violinists to show how hard they had been working in recent months. Their brilliant performance was great recognition for the school violin programme which has been in place for the past few years. Not to be outdone, the parent violin group then took to the stage to show that it's never to late to learn how to play an instrument.

The crowd was then serenaded by 6th Class multi award-winning harpist Cillian Moran.

Next up was soprano Shauna Rothwell whose performance of “I could have danced all night” and “Oh Holy night” went down a treat.

As anticipated the Junior and Senior Infants brought the ‘cute factor’ to another level and their performance of Little Snowflake earned the loudest applause of the evening.

This brought the curtain down on a great evening’s entertainment and a significant fundraiser for a very worthy cause. Principal Ann Bergin was extremely grateful to all the people who had helped in a “real school and community effort” however she highlighted the guest artists and choirs, MC Damien Bowe, Seán Faherty on sound and the Timahoe NS Parents Association "who have been extraordinarily generous with their time and resources".