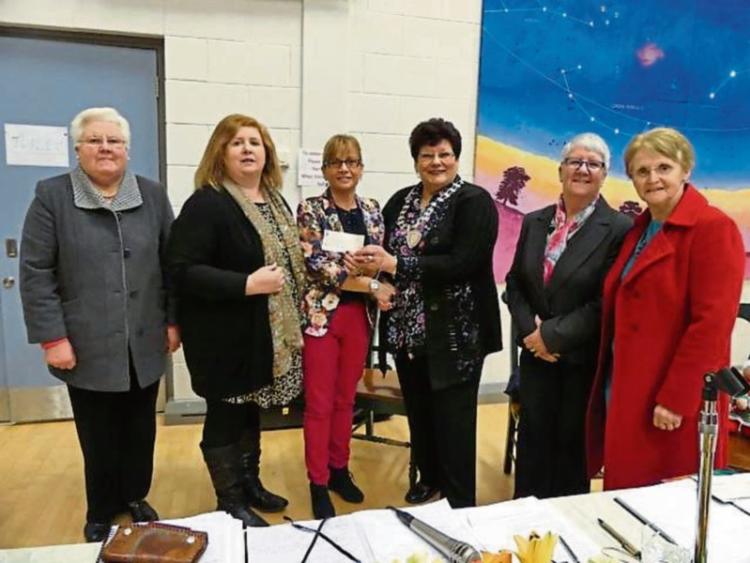 The winter Federation meeting was hosted by Borris in Ossary Guild recently.

There were two presentations - to the Cuishle Centre and Laois Hospice . This is an annual event.

The amount raised in The Federation as a result of the annual sponsored walk was €2,000 so it was divided in half and both groups got €1,000 euro each.

The Federation President presented Antoinette Brennan, who represented the Cuishe Centre, with a cheque for €1000 and also to the Laois Hospice who were represented by Liam Houlihan.

Both representatives were insistent that all the money that was presented went directly to the people that needed the services provided.

The winner of the Laois Federation Competition was Helen Kavanagh from Borris in Ossary and the President, Anne Cass presented the Federation Cup to Lily Sheeran - Helen’s mother who is a very active member of the Guild - The 2nd prize went to Borris -in-Ossory also, to Mary Teehan, and 3rd prize was won by Ann Breen of Spink Guild.

There were ten entries from the Guilds in the Laois Federation.