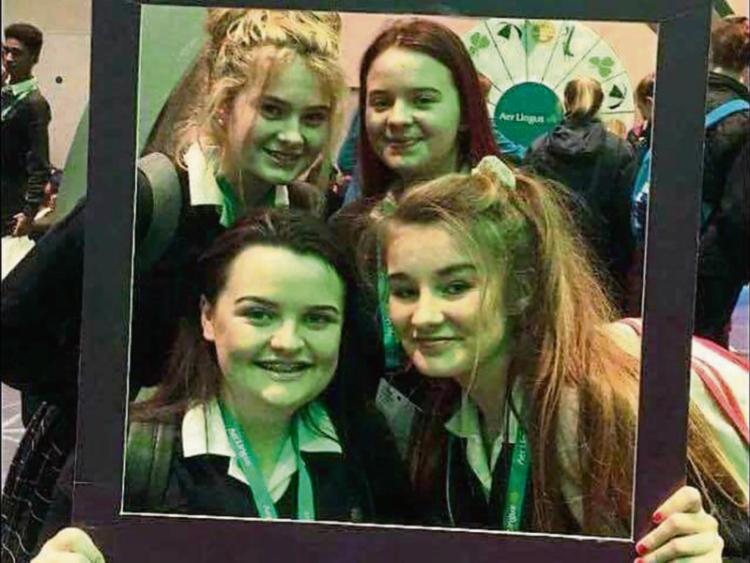 Transition Year students from Scoil Chríost Rí Portlaoise got a taste of life after the Leaving Cert this month, at the first ever Aer Lingus StudentLife Summit in Croke Park.

High flying business speakers told hundreds of senior students about their career paths, proving that college is not the only route to success.

They showed alternative routes to college and opened eyes to the vast opportunities and career paths to consider after secondary school.

“They showed that you can work your way up the ladder in a company and achieve great success,” said TY student Oshua Amayo.

The Portlaoise students found it to be very beneficial.

“There were lots of different stands and I gathered loads of information on different career paths that I might want to take in the future,” Oshua said.

“It was a really fun informative day out and I'm happy we had the opportunity to go. We got the chance to meet and talk to other students from schools around the country,” she said.

The two day senior student Expo was part of National Careers Week, supported by the Institute of Guidance Counsellors and sponsored by Aer Lingus.