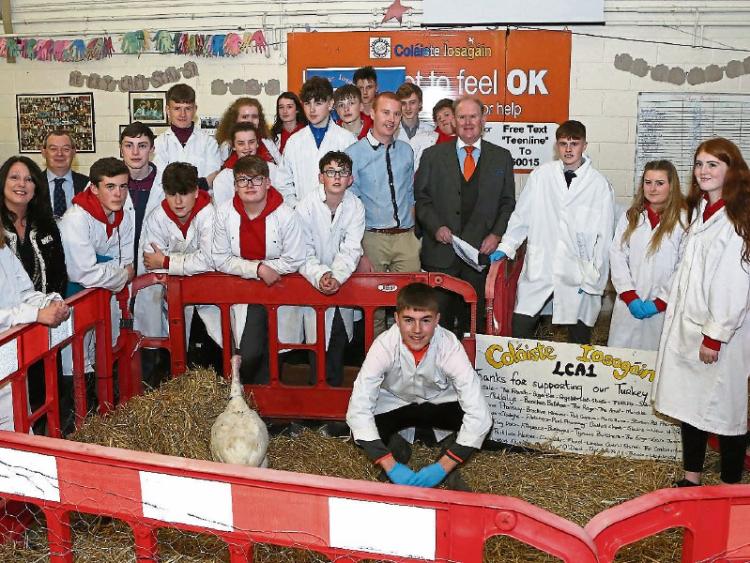 Twenty turkeys hand reared by the students of Coláiste Iosagáin, were sold in a live auction just in time for the Christmas dinner, with the proceeds split between Portarlington Christmas Lights and the St Vincent de Paul..

Noel Dunne of the Farmers Journal was guest auctioneer at the charity Turkey Auction in the Portarlington school, which has been rearing turkeys as part of a TY and Business project for the past four years.

This year there were 20 turkeys for auction, and bidding was brisk, looked on by the 24 Transition year students who have been rearing the birds on the school grounds over the autumn, guided by teacher and farmer Conor Mitchell.

Two more turkeys reared in the school were presented to Tom King and Fintan O’ Donnell who built the shed for the livestock.

The TY students, along with Leaving Cert Applied students, have also invested in a Simmental Heifer at Tullamore Mart, which is due to give birth on March 1 to a five star Pure-bred Limousine bull, “a steal” at €1,480.