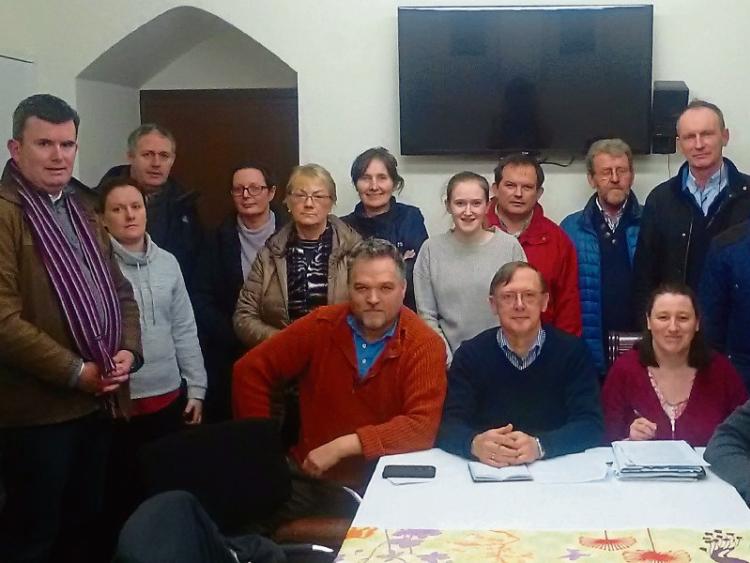 A fine legacy from previous years and an excellent reward for the efforts of teachers and voluntary committees throughout the county’.

That was how new Chairman of Laois Comhaltas Comhaltas Ceoltóirí Éireann PJ Phelan described the success of the four groups comprised of Comhaltas members from all parts of the county who qualified for the semi- finals of the Gael Linn Siansa.

At it’s first meeting of 2017 the Comhaltas County Board heard that Laois will be the most heavily represented county at the second stage of the prestigious Gael Linn competition. The co-operation between branches and the authenticity and skill of the music teachers who promote traditional music through Comhaltas educational system are the key ingredients for the continued high achievement of young Laois musicians.

The impact of Comhaltas training is evident also in GAA Scór with a Laois group hotly tipped to take top honours at the All-Ireland in Belfast next month.

Success does not come overnight and the Board is planning a performance event for novices, which will be held at the Dunamaise Arts Centre on March 5.

“It is important that young musicians are encouraged through participation in non-competitive events” says newly elected Treasurer Paul Lynch.

Reminding delegates that the closing date is imminent for registration of candidates for Scrudú Ceol Tíre, the Comhaltas led traditional music exams, he praised the objectivity of the examiners and welcomed the opportunity for successful candidates to use the qualification for access to relevant third level studies.

The meeting also confirmed that this year’s County Fleadh will be held in Camross during the first week of June. Details will be announced later. Non-members of Comhaltas are invited to taker part and should confirm their entry before the end of April.

Further info from hon Sec Bridget Conway secretary.laoiscce@gmail.com or any of the seven branches in the county.