Chríost Rí girls are runaway winners in the race for fitness 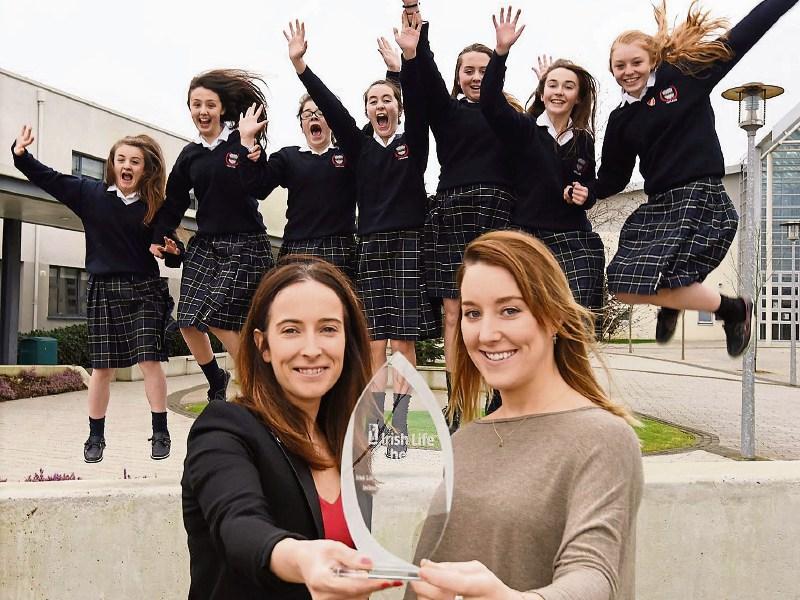 The school has been awarded Ireland’s Most Improved Girl’s School, after winning the overall Fittest Girls school in Ireland in 2015.

First and second year students took part in the fitness challenge, with 1D winning the award for the school.

PE teacher Maria Walsh said it was an even better award to win than the overall prize.

“I was absolutely delighted for them, it was even better to win this, because the girls who won it for the school worked really hard, and dramatically changed from being unfit to now enjoying PE. It hasn’t waned, they are still very enthusiastic,” she said.

The challenge involved beep tests at the start of each class, where the students ran together as fast as they could.

“I would time them and at the end read out the times, that motivated them, they were only beating their own time, so it became a personal challenge,” she said.

The girls also worked on circuit training in the school’s gym.

“It’s about creating a positive atmosphere around fitness. While boys are more likely to play sports, our school is very much a sporting school. But it is nice to do something that is not team sport orientated, so if you don’t find a sport that suits you, you can do something else like gym or dancing,” Ms Walsh said.

Nationwide results revealed that Irish girls are less likely than boys to meet the minimum current physical activity recommendations for optimal health. Worryingly, the gender gap widens as boys and girls progress through school; in 4th year, boys are 42% fitter than girls, as opposed to 1st year boys being 32% fitter than girls.

A survey by Irish Life Health of PE teachers’ views, found that a whopping 96% believe that their students fake excuses to get out of PE class.

Over a quarter of all Irish secondary schools signed up for the 2016 Irish Life Health Schools Fitness Challenge. 22,764 students took part (10,935 girls and 11,828 boys), more than in any previous year. Students also experienced a significant improvement in their fitness levels after just six weeks of exercise training.

“Congratulations Scoil Chríost Rí, Portlaoise, on your win. The Irish Life Health Schools Fitness Challenge is a national health initiative designed to assess and improve fitness levels among Irish secondary students with the aim of improving overall health. We are all aware of the impact of sport on a child’s current and future health. We congratulate all the schools that participated in the challenge,” he said.

The data from the challenge has enabled the creation of the first ever standardised fitness norms for Irish secondary school children. This will allow Irish school children to evaluate and rank their own fitness levels in relation to age and gender specific normative data.

The programme was overseen by Prof. Niall Moyna in the Centre for Preventive Medicine, Dublin City University.

“Any form of physical activity is better than none. We should move away from the rigidity of the current PE curriculum to short periods of physical activity that encourage senior cycle students, particularly girls to stay active. The new Junior Certificate PE curriculum is a paradigm shift that is long overdue and, if properly resourced, has the potential to have a profoundly positive impact on the current and future health of Irish teenagers.” he said.