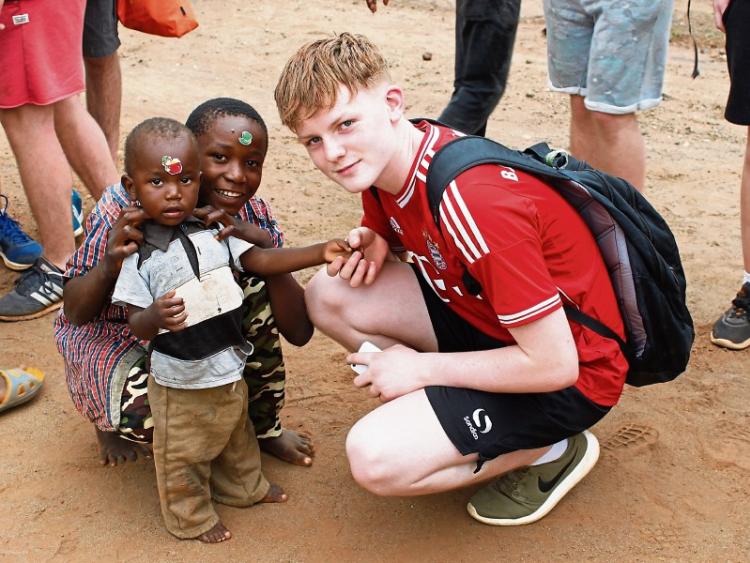 The Zambian Immersion Project at St. Mary’s CBS offers 16 students a coveted once in a lifetime opportunity to experience first-hand Zambian culture through deeply enriching work in schools, orphanages and health clinics over an unforgettable two weeks.

Our journey began way back on Thursday, January 14 2016 when the project was launched for over 70 interested students. At the time we received an insightful and honest introduction to the project and the tasks ahead .

The part of the talk that struck us most was how impassioned each speaker who had experienced it before was and the clear impact it has had on their lives. We knew then it was something we had to be involved in. The following weeks were tense as we went through the nerve wracking application and subsequent interview stages but on Friday, February 5, the wait was over and the 16 privileged individuals were selected.

Fundraising is a critical aspect of the project and thanks to the generous donations of local businesses, we successfully managed to hold our major fundraiser, ‘Who Wants to be a Thousandaire’ in the Heritage Hotel on Friday, April 22 whichraised a significant amount for the trip. Each student travelling to Zambia additionallyfundraised€1,000 individually which saw a busy summer of bagpacking, grass-cutting and bog work for many but everyone achieved it.

As the months turned to weeks and the weeks to days, the excitement grew within the team. As everything wasbooked, it was time to prepare ourselves.

We completed our teacher training across four Wednesdays in St Paul's NS and went on a bonding trip to the Edmund Rice Centre in Waterford in February to strengthen team spirit through learning about the work of Blessed Edmund Rice.

The following Saturday afternoon, it was time to say our goodbyes to our parents and disconnect from our normal day-to-day lives. The excitement was palpable as the day finally arrived.

The start of our trek was an eight hour flight to Addis Ababa airport before getting a connecting six hour flght to Zambia’s capital, Lusaka.

The overwhelming relief at the end of the flying was shortlived as the relentless sun hit.

The next fortnight was a whirlwind for all 16 and the five teachers who travelled with us. We spent our first night in Lusaka before the following day we made the eight hour bus journeyto Livingstone where we were based.

On Tuesday 14 we began in pairs working in one of three local primary schools, Linda, Lubuyu and Ngwenya where we taught our classes, some up to 65 in size, a variety of subjects including a cupla focail of course.

Each afternoon was spent at Lubasi Orphanage where 39 children, ranging in age from three to eighteen, reside. These children were among the happiest people we’ve ever met and although they have so little, they have more than any of us if they're happy.

The delight on their faces upon our daily arrival to play soccer matches, push them on the swings or simply talk to them is something one can never comprehend.

During our time there, we visited the breathtaking Victoria Falls, went on a mesmeric safari in Botswana, called in to St Raphael’s Secondary School which is under Edmund Rice patronage.

Unfortunately, we lost in a soccer match to their staff.

On a rotating basis, students would visit Sr MaryCourtney’s Health Clinic where we could engage face to face with Zambian people and truly see how their lives were lived which was reallyeye-opening and a gratifying experience for all.

We returned on Sunday , February 26 after enjoying the best experience of our lives. The effect of it was clear to see. We all learned invaluable lessons from the joyful Lubasi children, selfless Sr Mary Courtney and Br Mick Doyle and the unbelievably welcoming and genuine Zambian people.

It's difficult to describe our experience with words, it's something we felt in ourselves, we knew every moment was special.

Our sincere thanks go to local businesses, sportclubs, families, friends, neighbours and members of the community whose donations and support of fundraisers make this trip possible