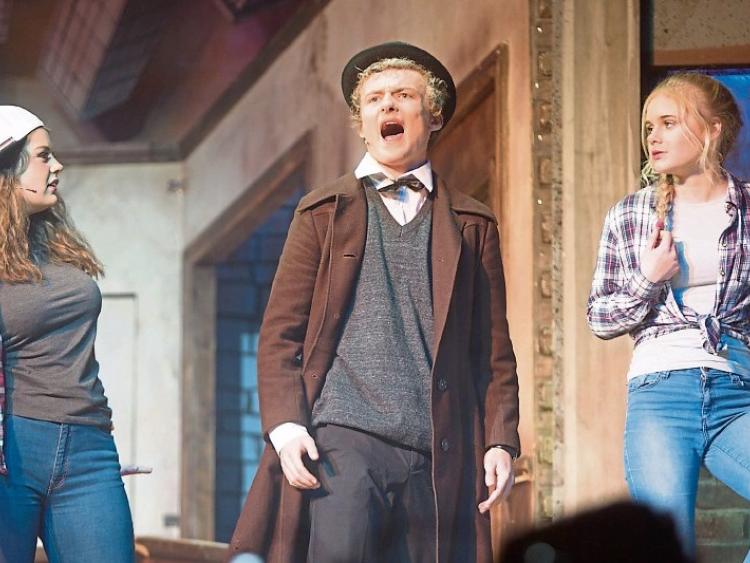 Two Laois secondary schools have been shortlisted in the Bord Gais Energy Student Theatre Awards, taking place on May 17.

Heywood Community School staged the musical 'Little Shop of Horrors' in the school last November and it impressed not just packed audiences for three nights running, but the judges in the competition.

It is shortlisted for ‘Best Musical’ at the Bord Gais Energy Student Theatre Awards.

As part of the shortlisting, the school has been invited to perform an extract from their show in the Bord Gais Theatre in front of a live audience.

Only four schools nationwide made the shortlist and Musical Director and teacher Niall Mulpeter is overjoyed at the announcement.

“It is a massive achievement for all the students involved and a testament to their hard work after producing an excellent show. To receive such national acclaim is wonderful. The students are very excited at the opportunity of performing in Ireland's most prestigious theatre,” he said.

Also individually nominated is student Liam Oxley, as Best Male Performance in a Leading Role for his portrayal of the hapless shopkeeper Seymour Krelborn.

“When I got the news I was overcome with shock. I never imagined that I would be shortlisted for such a prestigious award. I am delighted and so excited,” he said, thanking all the cast and crew, as well as all the teachers involved.

A second Laois secondary school has also been nominated for an award, this time in the written category.

His teacher is Evelyn Quinlan, who trained and worked in theatre.

“My students wrote scripts as part of classwork, and Thomás' was so good I told him to enter. He is an exceptionally creative student with a great vocabulary, I am delighted for him. It's great that these awards recognise arts for students,” she said.

The finalists will all attend an ‘Oscars’ style awards ceremony, on May 17 in the Bord Gáis Energy Theatre, hosted by a special guest MC.

The judges include actress and Dancing With The Stars dancer Aoibhín Garrihy, actress/author Amy Huberman, and authors Sinead Moriarty and Dave Rudden.

All shortlisted schools will receive their own plaque and a group school photo at the ceremony in honour of their achievement.

The lucky winning school will be invited on stage to receive their trophy and prize.