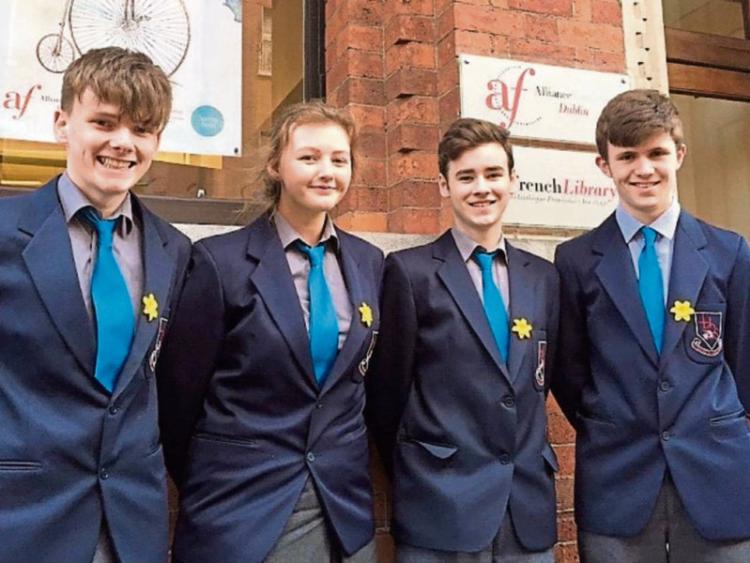 The debate took place recently in the Alliance Française, Kildare Street. Heywood came out on top of 28 schools, after five debates this year. The topic of the final was “celebrity has become the obsession of our era'.

The team was delighted to accept the cup from a representative of the French Embassy on the night.

“It’s a great achievement for a school outside of the capital to take this accolade,” said principal Philip Bowe.