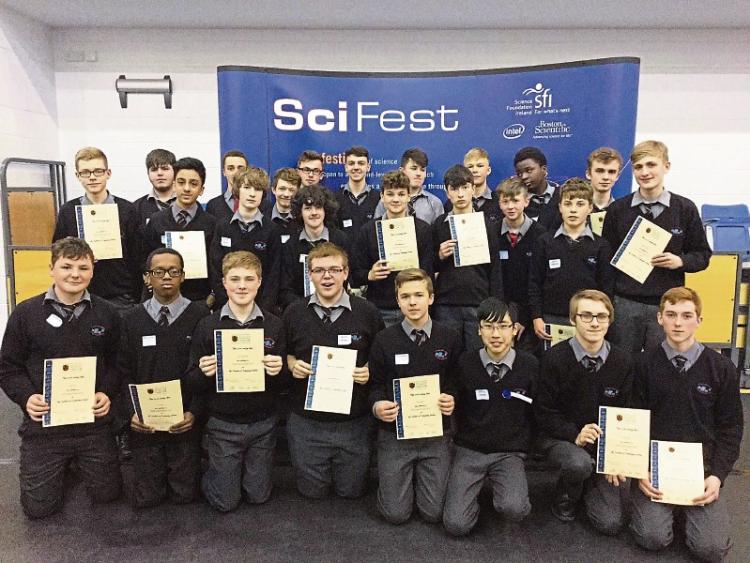 Portlaoise students who have designed a new social network have won the Intel prize at the Carlow IT SciFest regional event.

“We designed Iomha to be intuitive, functional and aesthetic,” said Caolan.

They see a great future for their network, which focuses on shared interests rather than social interactions,

“It has thousands of uses and countless posts and we are continuing to develop this project,” Caolan said said.

Their projectis a multiple award winner, as it also won the Most Innovative Award at the Laois Student Enterprise Awards this year.

The network is up and running at iomha.ie, and the group intends to launch a smartphone app to it later this year.

The student team of Gareth O'Brien and Sean Sheridan were highly commended for their project “Are Electric cars really the future of motoring?”.

Their projects included which hurl and sliotar hit the furthest, weather predictions, applications for monopole magnets, how distance affects sound waves, and cooking food with lightbulbs.

“We are very proud of the six junior and four senior projects that represented the school in SciFest Carlow. All the students developed their interests and learned how to carry out a scientific investigation,” she said.

“This will help improve their grades and may even lead to the students following careers in science. Well done to all involved and looking forward to further developments and new ideas,” Ms Carroll said.