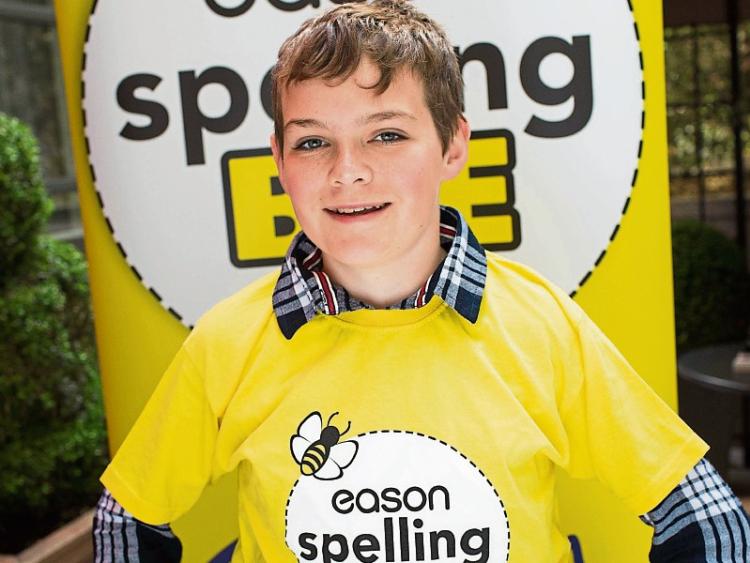 The Scoil Mhuire NS student ultimately defeated by the word 'egence' which not even his teacher Margaret Stanley knew how to spell, Paddy had put up “a great battle” she said.

“He won the school competition last year and this year, out of about 100 children, that alone was an achievement, but then winning the Laois spelling Bee was excellent, and to get to the final six counties in Leinster, it is absolutely a wonderful achievement,” she said.

The final was in Spencer Hotel in Dublin, and the atmosphere was intense Paddy said.

“It was a whole different skill level, it felt much more important, more nerve wracking,” he told the Leinster Express.

Some of the words he spelled correctly in six nailbiting rounds included 'lenticular' and 'colloquialism'.

“Some of the other lads had harder ones,”Paddy said.

While the competition was tense, there was great support between each county champion he said.

“We had a bit of time before it started to get to know each other, everybody was really nice to everybody, there was a great camaraderie,” he said.

He was supported by his parents Ríona and Paul, siblings and friends as well as Ms Stanley at the competition, which is sponsored by Today FM and Eason.

He credits reading with improving his spelling.

“I never read a dictionary or anything, I just love reading, I read a lot, especially Derek Landy,” he said.