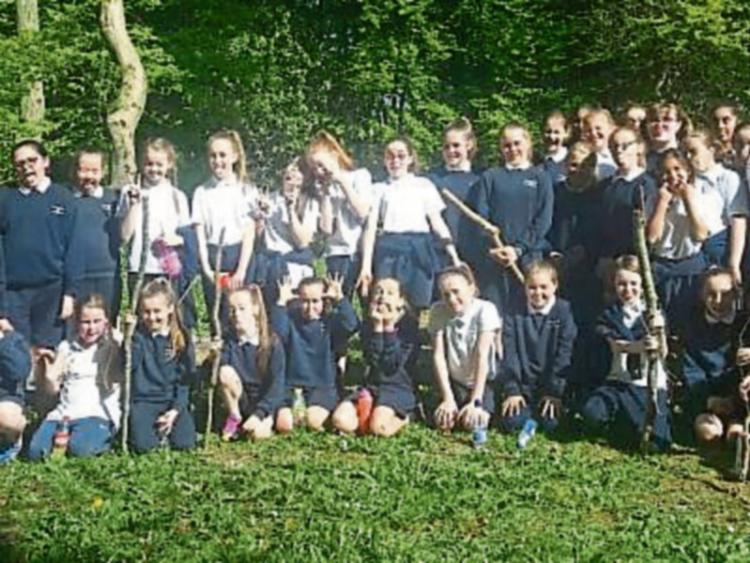 The 750 pupils and their teachers at Presentation Primary School in Portarlington enjoyed a fun filled Active Week recently.

The week from May 8 to 12 was packed with fun physical activities.

The children began each day with ‘Wake up and Shake Up’. Music was played over the intercom and everyone had to drop everything and dance for ten minutes.

They also tried out sessions of taekwondo with tutor Nigel Stobie,, yoga with Elaine Mulally, and zumba.

There were passionately fought tug of war games, as well as swimming in Port Leisure Centre, athletics, tennis, cycling workshops, and orienteering in the nearby Carrick Woods.

The school also held a 'Walking Bus' to further boost physical activity. Each class in the school also walked down to the local playground, a great hit for the children.

There was a running initiative where laps were run every day and the distance tracked on a map of Ireland, the aim was to run equivalent of the 650km distance from Malin Head to Mizen Head, and between everybody they succeeded.

The only homework on the week was 'active homework' to the delight of pupils.

Principal Cathal Ruane said the week was about providing fun, inclusive physical activity for all.

“The Wake up & Shake really improved their concentration first thing in the morning and shook away the cobwebs,” Mr. Ruane said.

“The feedback from the whole school community has been excellent. Parents found that the kids were excited to get out of bed and be on time. The week had a had a positive impact on the their mood and behaviour, inside and outside the classroom.

“It demonstrated to them that exercise is both fun and healthy and that all children can take part in physical activities,” the principal said.

Since Active Week, the running of laps has continued and children are getting fitter,

The school has invested in equipment for yard breaks. Each class has their own box of items like skipping ropes and balls.