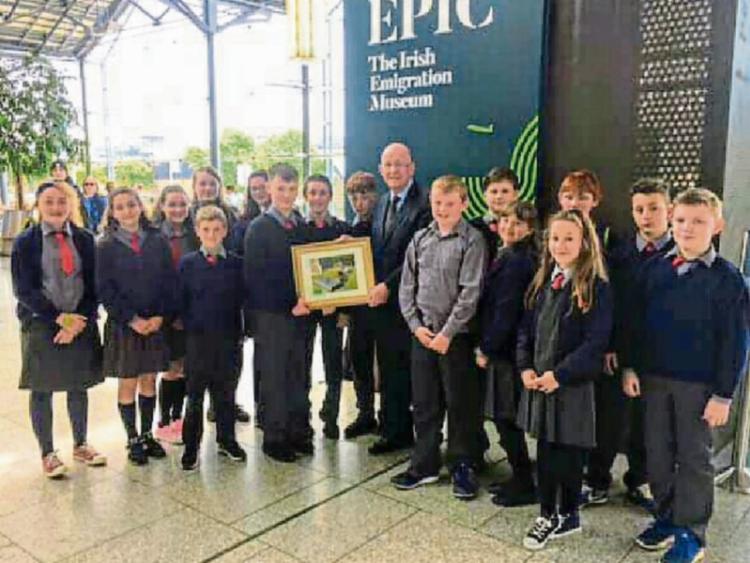 Sixth Class in Timahoe take a school tour to Dublin every year, but this year they had the brand new Minister for Justice Charlie Flanagan joining them.

The class visited Epic the Irish Emigration Museum with the Minister, with Laois woman Aileesh Carew, sales director, as their guide.

Pupil Jamie Boyle told Minister Flanagan that the Timahoe NS community wanted him “to have a thing of beauty from Laois hanging on the walls of your new office in the Department of Justice and Equality.”

The Minister was delighted with the gift and at being surrounded by Laois people “on the first morning of my new job”.

He spoke about the links between St Mochua and the spreading of Christianity at that time in Ireland.

“These were the first signs of emigration in Ireland and today we are at a stage where 35 million people in America claim Irish heritage,” he said.

The award winning Epic interactive gallery tells the stories of Irish emigration around the world, right up to the modern day.

Eleanor Cahill, 13, thought Epic “was really cool”, while Jodie Lennon, 12, said “the technology was amazing, I loved that it was interactive”.

The class also paid a fun visit to the National History museum.