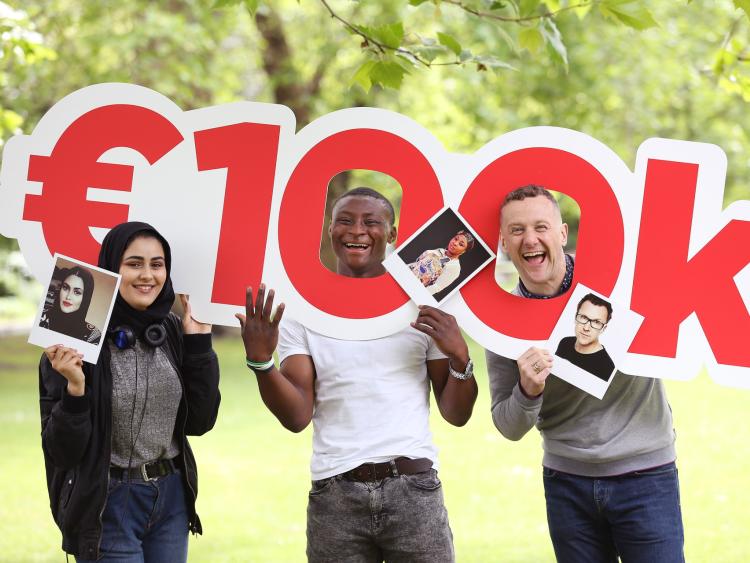 The launch of the Coca-Cola Thank You Fund. Pic: Julien Behal

Not-for-profit and community organisations in Laois have received their Final Call to apply for the €100,000 Coca-Coca Thank You Fund before the impending July 14th deadline.

The Coca-Cola Thank You Fund is delivered in partnership with the Irish Youth Foundation and YouthAction Northern Ireland. In 2017, €100,000 will be made available in grants to non-profit and community groups for projects that inspire and support young people.

Winners must aim to bridge the divide between education and the workplace, to fostering diversity and inclusion, and empower young people to become future leaders.

Applications are invited to be made online at www.coca-cola.ie/thankyou

Sabina Cotter is Head of Grants and Programmes with the Irish Youth Foundation.

“The search is on for new projects that will inspire and support young people. Last year we discovered some fantastic initiatives such as one which focused on building currachs on Inishbofin to teach young islanders the value of teamwork. This a fantastic opportunity for not-for-profit organisations across Ireland to apply for funding for innovative projects to benefit young people," she said.

To mark the launch of the Thank You Fund this year, Coca-Cola commissioned research which shows that young Irish people believe their personal happiness is more than three times as important as money when it comes to defining success.

Of those surveyed, 72% described themselves as ambitious. Interestingly, females are 15% more likely than males to describe themselves in this way. However, 76% of males said they would prefer to keep their ambitions private compared with 58% of females.

On role models, 63% of those aged 12-17 say they have a role model, with the number falling to 50% among 18-25 year olds. By far the most prominent role models for young people are one or both of their parents. Just 23% said their role model is a celebrity, while 14% said they look up to a current or former teacher.