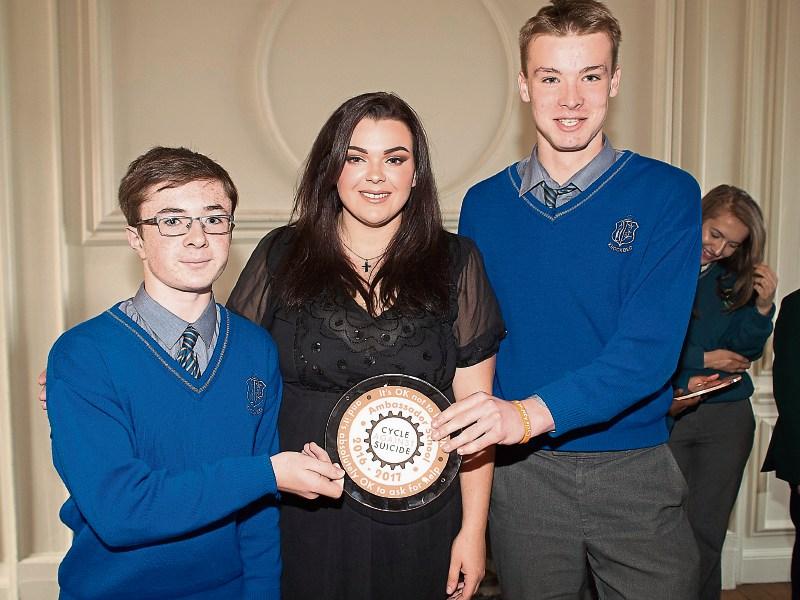 The prestigious title was awarded to the Laois school on the Carlow border, for its exceptional leadership in the area of positive mental health, and encouragement of young people to seek help if in distress, through the Cycle Against Suicide message "It's ok not to be ok; and it's absolutely ok to ask for help".

Knockbeg students Conor Walsh and Conor Doran and Link Teacher Teresa Egan collected the award on behalf of the school at the annual Cycle Against Suicide Ambassador School Awards ceremony at the Royal Hospital, Kilmainham on September 12.

“The Ambassador School Awards ceremony was a great day. It’s wonderful to attend such a positive event, and have the efforts of the students recognised. Our participation in the Ambassador School Programme has had an enormously positive impact on our school community, fostered a school-wide approach to the promotion of positive mental health, and provided incredible opportunities for student leadership”, said Teresa Egan speaking at the event.

Minister of State for European Affairs Helen McEntee presented the awards to all the students.

The Minister for Justice and Equality, Charlie Flanagan from Laois tweeted his wishes to his former school.

"Mental wellbeing one of the greatest challenges of current times. Good luck to all involved," he said.

The college shared their news online saying it is "delighted and honoured" to be recognised in this area.

Knockbeg is one of 89 schools around Ireland to complete the Ambassador School Programme, including St Mary's CBS, Scoil Chríost Rí and Coláiste Ioságain in Laois.

The Ambassador School Programme is just one aspect of a wide range of Cycle Against Suicide initiatives.

It involves the completion of “Five Gears” over the course of a year, to raise awareness of positive mental health messages in schools.

Cycle Against Suicide aims to raise awareness of the help and supports that are available for anyone battling depression, self harm, at risk of suicide or those bereaved by suicide.

At its core is a nationwide cycle that happens in late spring, with communities, clubs and schools joining in all or part of the route, a real and positive way for people to help support those affected by suicide. 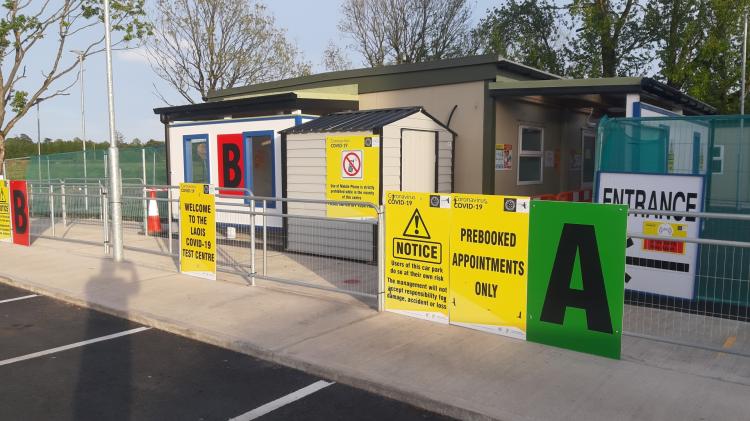