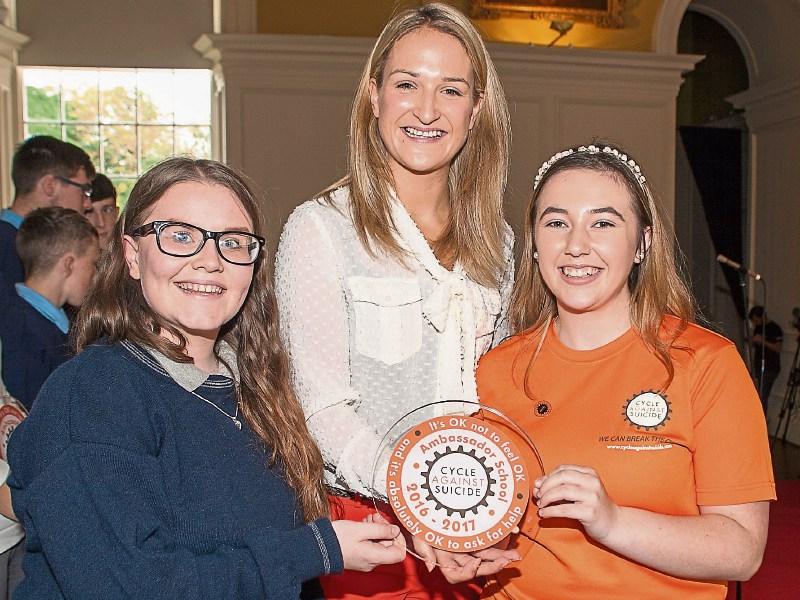 Students will be arriving to school in the middle of the night soon, at Coláiste Íosagáin in Portarlington, on the Laois Offaly border.

The 1,000 pupil secondary school is holding a 'Rise and Raise' wellness event on the last day of term, with yoga, dance and a healthy breakfast planned.

The event will be one of many held in the school this year to boost mental health, because the school has just won its second Cycle Against Suicide Ambassador School status for its work last year.

Margaret Nolan is the Link Teacher and Wellbeing Committee Co-ordinator.

“We were delighted. The students are already working very hard on our latest venture for year three, a Rise and Raise wellness event on October 27 from 6.30am to 8.30am, greeting the sun on our last day before holidays with yoga, a healthy breakfast and dancing,” she said.

Already this year the school proved its CAS support, with student Sarah Keenan selected as one of 13 National Student Leaders.

Last year they made a film on anti-bullying, shown at the student leader congress, among many events.

The Ambassador School Programme is one aspect of Cycle Against Suicide, which features an annual cycle around Ireland at its core.