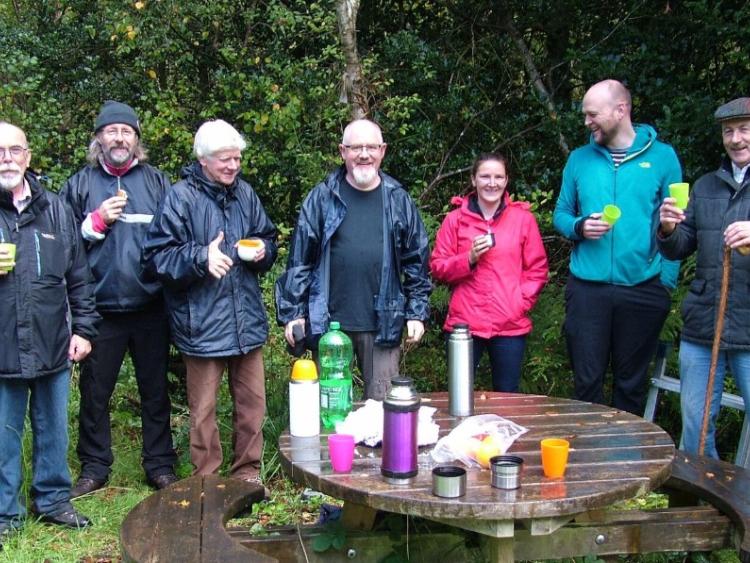 The pine marten den box team having a wet lunch on Abbeyleix Bog.

The start of autumn heralded the start of a new and exciting conservation project, “Boxing Clever for Pine Marten Conservation” for Abbeyleix Bog Project.

The Heritage Council funded project involves a collaborative team effort including mammal researchers Denise O’Meara and David Tosh, volunteers from Abbeyleix Community Bog and Laois/Offaly Branch of the Irish Wildlife Trust and the craftsmen at the Portlaoise Men’s Shed Project

In partnership with Waterford Institute of Technology (WIT), local volunteers and members of the Portlaoise Men’s Shed installed wooden boxes in the woodlands of this popular Laois site. It is hoped the boxes will be used by the native pine marten to rest in, and rear young, much like birds and bats already do across Ireland.

As recently as 30 years ago, the pine marten was considered rare and could only be found in isolated sites and the western counties of Ireland. However, since 2000 it has made a comeback, returning to places it hasn’t been seen in for many years. Despite this good news the pine marten’s future is uncertain as Ireland lacks suitable habitat, and in particular, old trees with holes that the pine marten can use as resting sites.

A lack of old trees leads to pine marten using underground sites or venturing from woodlands and into buildings to make their homes. This can put them into contact with other predators and people and make them a hindrance to property owners. 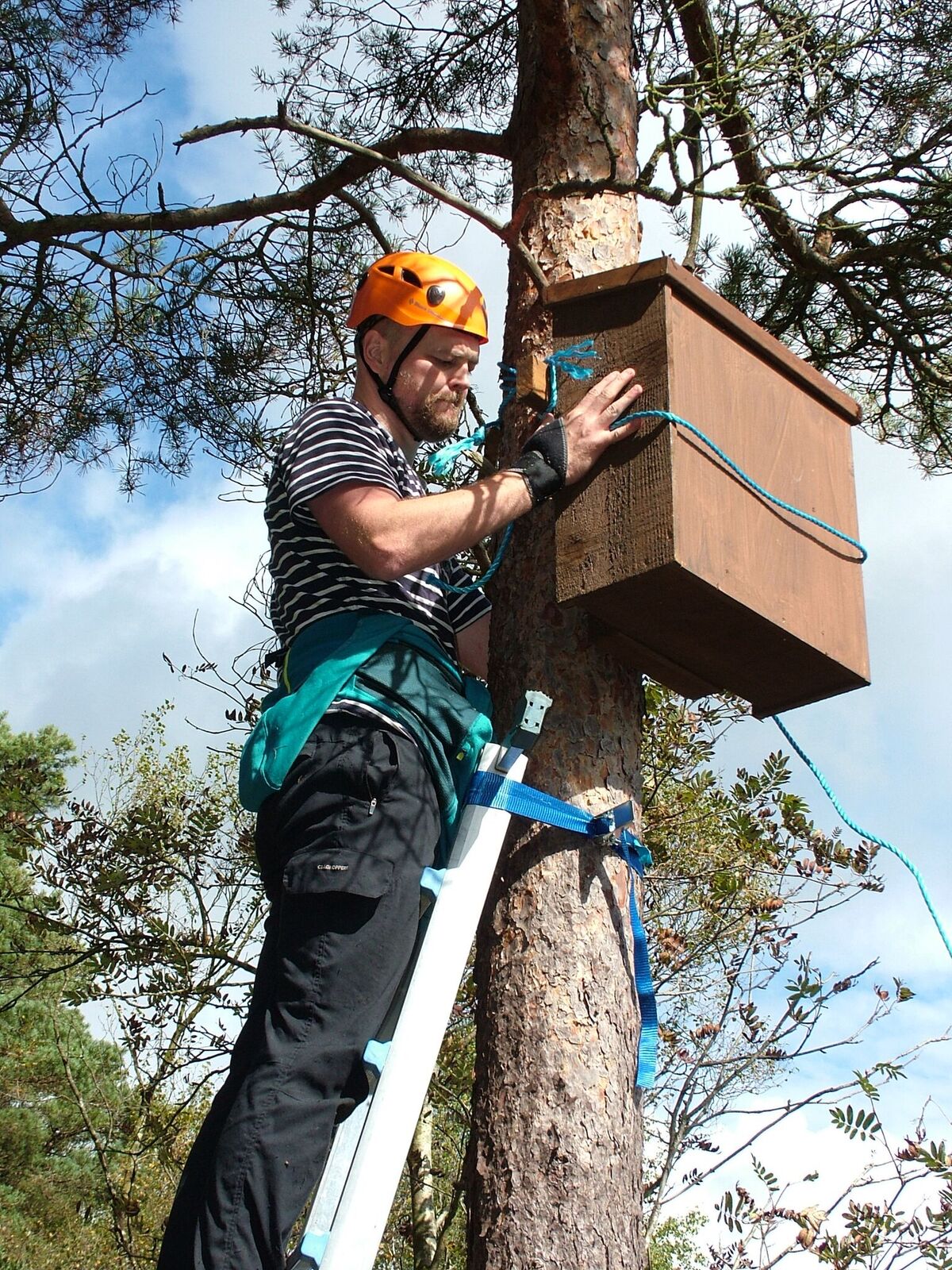 Abbeyleix Bog Project was the site chosen to launch this project as some of the conservation concerns facing the pine marten population exist here. Last year, the Environmental Protection Agency funded a project led by Waterford Institute of Technology to work with citizen scientists at Abbeyleix Bog to figure out the number of pine marten living there.

The team used a combination of hair tubes, DNA analysis and trail cameras to reveal a healthy population at the site. However, the team found that pine marten were using unusual sites to rest and raise their young.

The installation of artificial den boxes offers a safe alternative for the pine marten and will hopefully encourage them to stay in their woodland territories. Dr David Tosh previously installed den boxes across the Ring of Guillon in Co Armagh and hopes that this project will be successful and act as a template for further work that will contribute to ensuring the pine marten has a future in a modern Ireland.

This new Heritage Council funded project involves a collaborative team effort including mammal researchers Denise O’Meara and David Tosh, volunteers from Abbeyleix Community Bog and Laois/Offaly Branch of the Irish Wildlife Trust and the craftsmen at the Portlaoise Men’s Shed Project. Chris Uys of the Abbeyleix Bog Project said “we love getting involved in projects like this. By working and collaborating with other groups and organisations, we learn from one another and share our knowledge”.

“We were delighted to be included in this project as it will enhance and further enhance our reputation as builders for biodiversity both locally and nationally,” he said.

The project will now head to Co. Louth where the den box programme will be extended with the help of community groups there.

To get in touch with Portlaoise Men’s Shed, email Ray at portlaoiseshed@gmail.com. 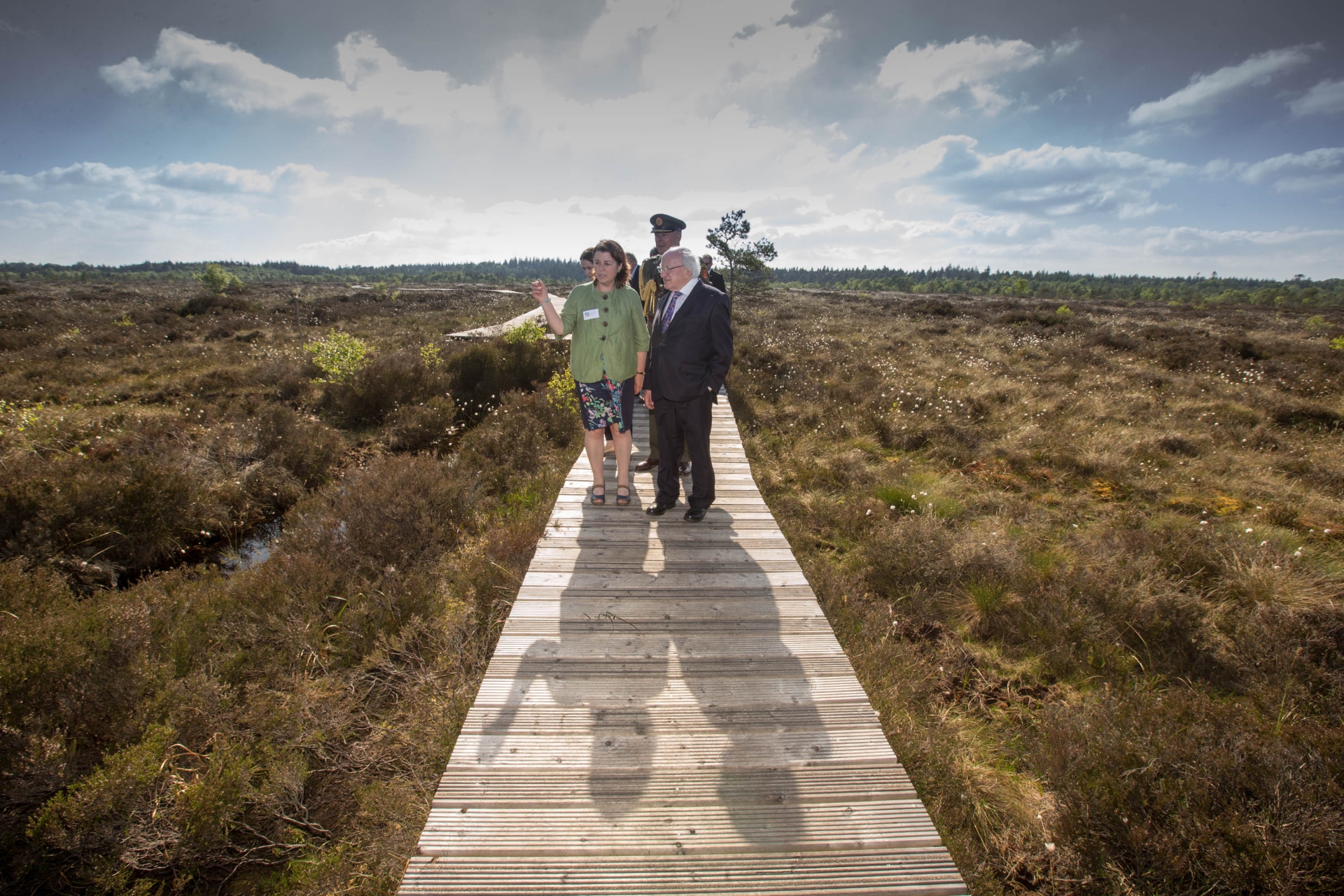