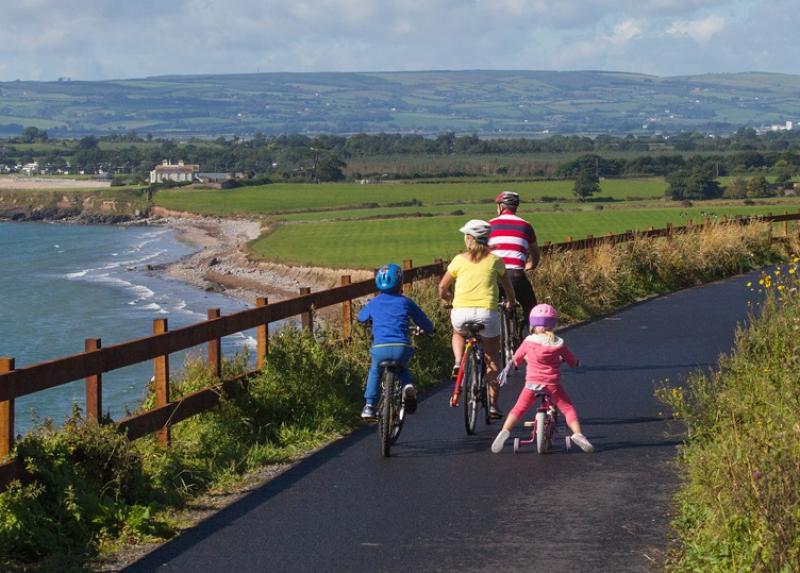 The Greenway in Waterford is an example to copy in Laois says Portlaoise Cllr Willie Aird.

He has urged Laois County Council to speed up works on the Slieve Bloom Mountain Bike Trail “so as to maximise tourism potential similar to the project in Waterford”.

The council has recently secured the first €1 million in government funding to kickstart Coillte’s €5m bike trail across the mountain, which could bring thousands of recreational tourists to Laois and Offaly.

The Greenway is an old railway track between Waterford and Dungarvan, now converted to a scenic 46km cycle and walking route. Cllr Aird said that old rail lines from Portlaoise could have been converted.

“We could have done the same. You can’t even rent a bike now in Waterford if it is not pre-booked, with groups and families all going out to it. They got huge funding from Leader for it,” he said.

The council reply was that Coillte is spearheading the Slieve Bloom project, but the council continues to work closely with them and Offaly County Council to ensure its delivery.

“Separately the council will work with tourism interests in the county to maximise the benefits of the Slieve Blooms and the mountain bike trail to the whole county,” Director of Services Donal Brennan said.

“If you build it you have to advertise it, there are a lot of groups around the Slieve Blooms to benefit,” said Cllr James Kelly.

The Slieve Bloom Mountain Bike Trail comprising just over 100km of trails was granted planning permission by Laois and Offaly County Councils in March 2017. It is planned that the trail will be built in two phases.

Phase 1 will involve the construction of 35kms of off-road, cross-country cycling trails on Coillte-owned forest lands in Laois, with Offaly to follow.

The project would include cafés and bike facilities at bases on both sides of the mountains.

Waterford Greenway opened to cyclists and pedestrians last March, and businesses have seen a boost of almost a third in custom as tourists flock from Letterkenny, Switzerland, the US, and France.

“It has changed a little dying village forever. All the pubs are doing coffees and snacks. It’s unbelievable,” a spokesman for Waterford Greenway Bike Hire commented recently.

Below: A happy group of Slieve Bloom mountain hikers 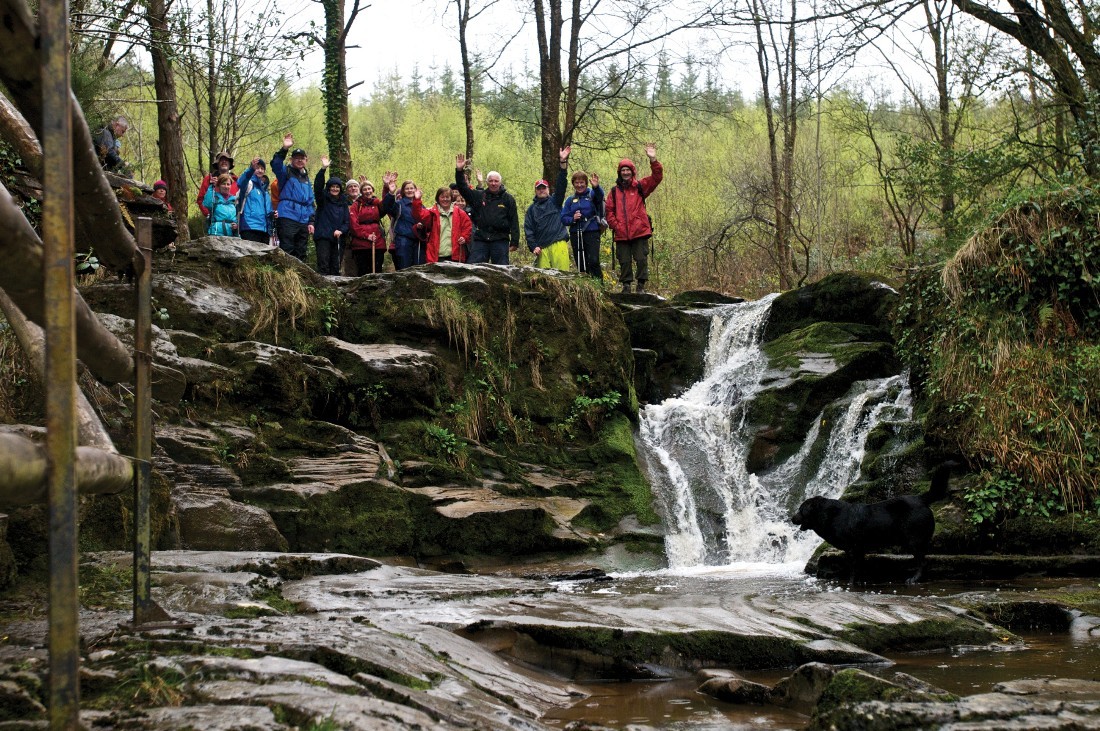