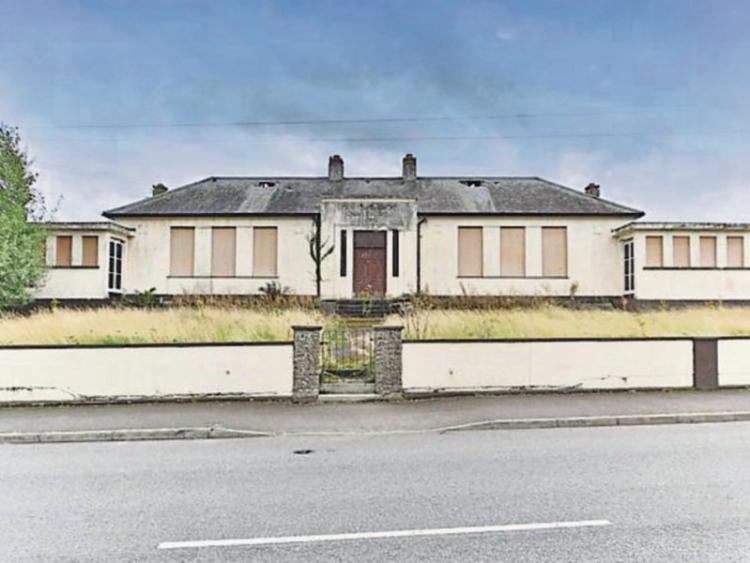 The old VEC school in Clonaslee village in Laois

A derelict old VEC school in a Laois village could be bought by the council and knocked to make way for social housing.

The former technical secondary school in a village beside the Slieve Bloom mountains is up for sale by an auctioneers for just €50,000.

Councillors now want the site bought by the local authority for new council houses for the area.

Clonaslee VEC school is empty for the past 20 years, during which time it has deteriorated and been vandalised, now boarded up.

Cllr Seamus McDonald from nearby Rosenallis said that the school is infested by rats.

“This is unoccupied for twenty years, it is infested by rats. The Tidy Towns group boarded it up. Maybe the council could consider looking at it. It would be nice for four or five town houses,” he said at the September council meeting.

“It is certainly a site that is ripe for acquisition,” he said.

Cllr Willie Aird said that the property was “for sale through Nama”.

However it is not listed online among Nama’s sites for sale in Laois.

Clonaslee Tidy Towns volunteers have worked hard over the years to boost their score in the village which is next to the Slieve Bloom mountains.

Tidy Towns judges visiting Clonaslee this year recommended that the school should be conserved.

“The VEC building is a very fine building but very badly in need of conservation. Its site curtilage is also unattractive. This building is a typical example of a VEC building of its period and such is becoming rarer in the Irish built heritage. It would be good if it could be conserved and find a new use. This would also solve your other issues in its regard,” the judges said.

The school building is zoned Residential and the auctioneer Sherry Fitzgerald describes it as “a traditional old school building” that has “development potential” as well as potential for tourism in the village.

“Clonaslee is a rural village set on the Slieve Bloom mountains. There are some beautiful walks and the go ahead has been given for a 40km cycle track nearby. There is tourism potential in the village. Clonaslee has both a second level & primary school,” the auctioneers say.

The main building measures 1,292 sq feet and sits on a 0.42 ha site. There are outbuildings and prefabs also on the site.

Below: a badly deteriorated classroom in the school. 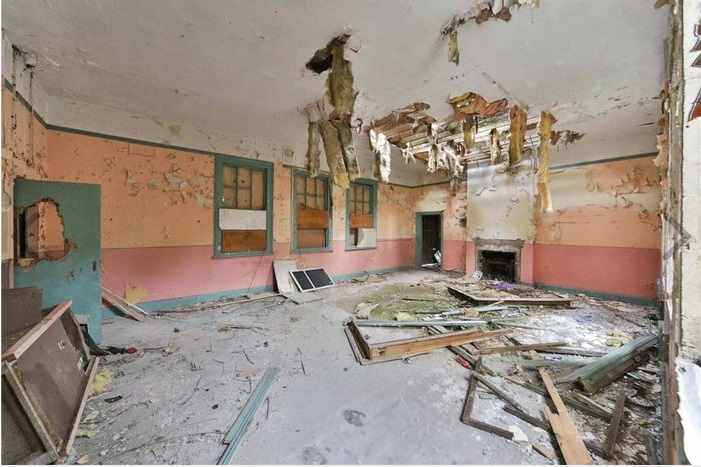 This Rosenallis teen can do amazing special effects make-up.