15 reasons why Portlaoise hospital must be saved from downgrade... this Laois nurse puts it perfectly 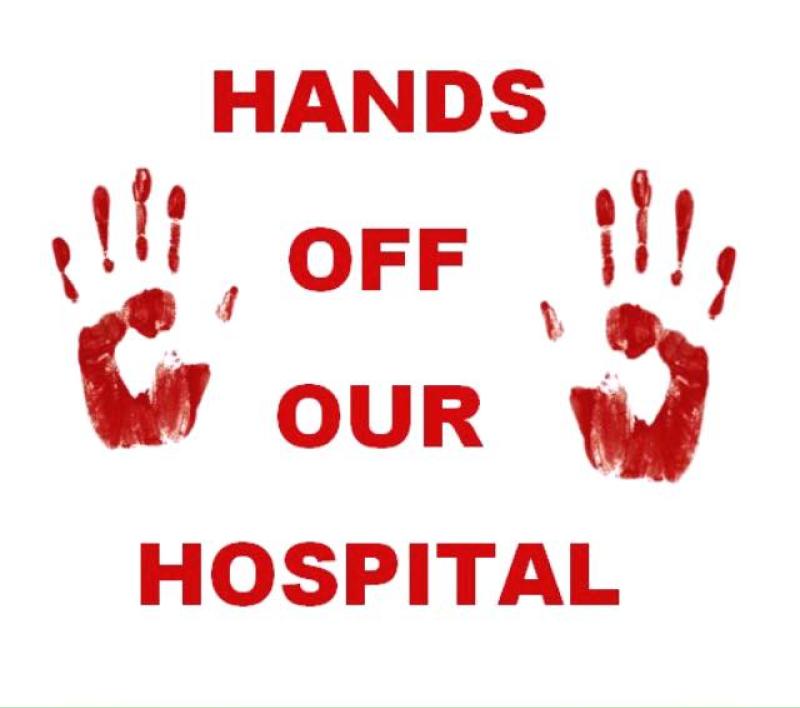 The future of Portlaoise hospital is being threatened with an A&E downgrade that could force the closure of multiple services.

In response, Nurse Mary Knowles from Stradbally in Laois has written 15 points on how vital Portlaoise Hospital is to Laois and the midlands.

Do yourself a favour and take two minutes to get up to speed on the issue:

"1. Despite being classed as a level 3 hospital for decades it has only been funded as a lower level 2 hospital.

2. Despite being GROSSLY underfunded, understaffed and under resourced it still limped on.

3. Over 10 years ago, Public fundraising by Laois people raised enough money for a CT scanner for the hospital... that machine ended up in Tullamore hospital.

4. 40,000 people attended its A&E department last year, of that were 12,000 children. Proving it to be one of the busiest departments in the country.

5. It's situated just off the main motorway from Dublin to Cork and Dublin to Limerick. Almost 200km of road with Portlaoise conveniently situated in the middle.

6. Portlaoise town has over 22,000 people, the largest populated town in the midlands and a large proportion of commuters.

7. It has the largest population of people under the age of 18 in the country.

8. It has the highest prison population, two prisons, one of those is high security.

9. It's maternity unit serves not only Laois but Kildare, parts of Carlow, Offaly and south Tipperary. Thousands of babies are born there each year.

10. No other hospital that was downgraded had paeds and maternity units in it. So the outcome of its closure CANNOT be predicted.

11. A&E services are integral to every other department. Anaesthetics, critical care, acute psychiatry, maternity, paediatrics, medical and surgical, so if one goes they are all affected and many will go too.

12. Over 85,000 people live in Laois, but Portlaoise doesn't just serve those 85,000. Portlaoise serves people from Kildare, Carlow and south Tipperary, in other words TENS of THOUSANDS more.

13. If A&E goes that has repercussions for any large public events held in the county... no A&E means insurance for the event holders sky rockets...

14. Portlaoise hospital was found to have the BEST survival rates in the country from heart attack. Possibly due to the fact it's a straight run up to the Cardiac Cath Lab in St James's hospital.

Finally
15. Portlaoise has some of the BEST, most dedicated and hard working staff I have ever come across. They have gone in and gave 110% each and every day, despite all the negative press and abuse. Morale has been at an all time low but people still manage to go about with a smile or a kind word, they have stayed long after their shifts, gone with out toilet and meal breaks, working past exhaustion. We OWE it to them to support them now. Get behind the Save Portlaoise Hospital Again facebook page."

The plan regarding Portlaoise's downgrade was "signed off" by the Dublin Midlands Hospital Group in late October, but a final go-ahead still rests with the Minister for Health Simon Harris.

Laois politicians have been urged to unite and use political pressure to stop the downgrade.

He is holding a public meeting this Thursday November 9 at 8pm in Portlaoise Parish Centre.

The downgrade would increase a risk of a prisoner ambush on ambulances says Portlaoise PP.