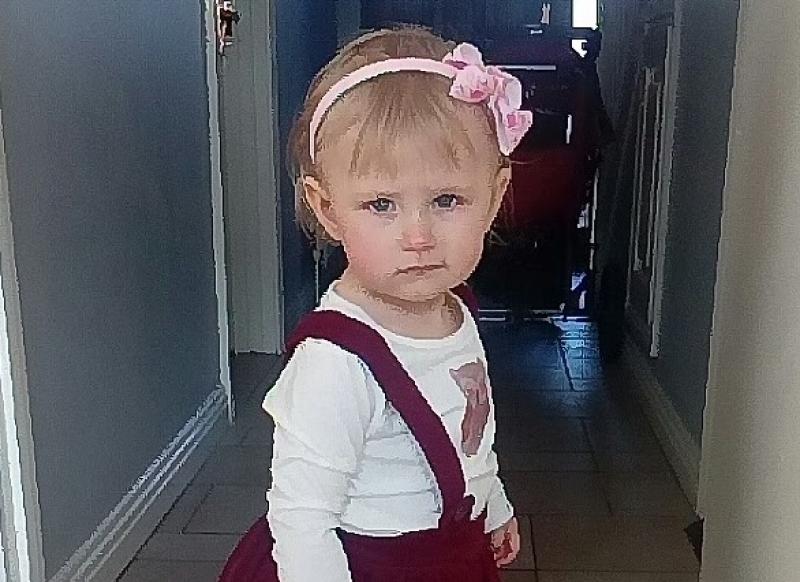 Little Mary Claire Knowles from Ballyroan, whose life has been repeatedly saved at Portlaoise ED

Doctors and nurses in Portlaoise have once again come to the aid of little girl whose life has been repeatedly saved in the Laois hospital.

Earlier this week, for the 30th time in the last six months, little Mary Claire Knowles, aged 19 months, had to be rushed by ambulance to Midland Regional Hospital Portlaoise.

Last Tuesday morning November 28, at 8.55am, without warning Mary had another seizure while at the family's home in Ballyroan, 12 miles from Portlaoise.

Her mother Rose was getting her other children, boys Daniel and Anthony jnr ready for school.

"She was playing away and then it happened. I was there by myself with them because their dad had already left for work," Rose told the Leinster Express.

Having been trained to help Mary during seizures, she knew to give her rescue meds, and oxygen, and immediately rang for an ambulance.

"They came in ten minutes. In twenty minutes we were in Portlaoise, by 9.25am. It was such a relief they were so quick because I was home by myself," said Rose.

She is full of praise for the rapid response, with the hospital waiting with doors wide open, and even someone standing at the lift to keep it open for Mary Claire.

"It was amazing. A team of 13 or 15 were standing there waiting for Mary, two anaesthetists, two doctors and four or five nurses. They had her stable within minutes, they were just fantastic," Rose said.

It wasn't the worst seizure the baby has had in her short life so far.

"It wasn't as bad as normal. Her condition is characterised by prolonged siezures. One could last 20 minutes but if it stops she is not out of danger, it could start again and last for an hour. She has gone into respiratory arrest and been saved by doctors in Portlaoise several times," her mother said.

Mary Claire spent Tuesday night in Portlaoise paediatrics department under constant monitoring, and treatment for an ear infection which was enough to cause the latest seizure. She came home on Wednesday.

"She is still drained and tired, not herself. It takes a few days for her to recover," her mother said.

She thanks Portlaoise hospital staff for again rescuing her little girl from harm.

"To see them there, all set up, you just know she is in safe hands. You just don't know what way Mary can go, some nurses who are working for thirty years, you can see they are scared for Mary when she comes in, they are just fantastic," Rose Maher said.

She said travelling to Tallaght hospital could not work for Mary Claire.

"I don't know what we would do without Portlaoise, we would actually have to move," she said.

The family will be taking part in the hospital march in Portlaoise this Saturday December 2, which will see crowds from all corners of the town walking to gather outside the old Shaws on Main Street at 5pm. See details here.

"Absolutely, we will be on that march," Rose said.

The Save Portlaoise Hospital AGAIN committee has commented on Mary Claire's latest emergency on the day she was admitted.

"Beautiful little Mary Claire has been admitted for the 30th time today to Portlaoise Hospital. 15 minutes by ambulance and she was seen straight away by the paediatric team and her life threatening seizure was brought under control. HOW can O'Reilly and HSE management expect this little girl and her family to travel to DUBLIN in standstill traffic to get to the nearest alternative hospital? ABSOLUTELY SCANDALOUS!!!! They should be ashamed of themselves" the group posted online.

Below Mary Claire with her parents Anthony and Rose, and her brothers Daniel and Anthony jnr. 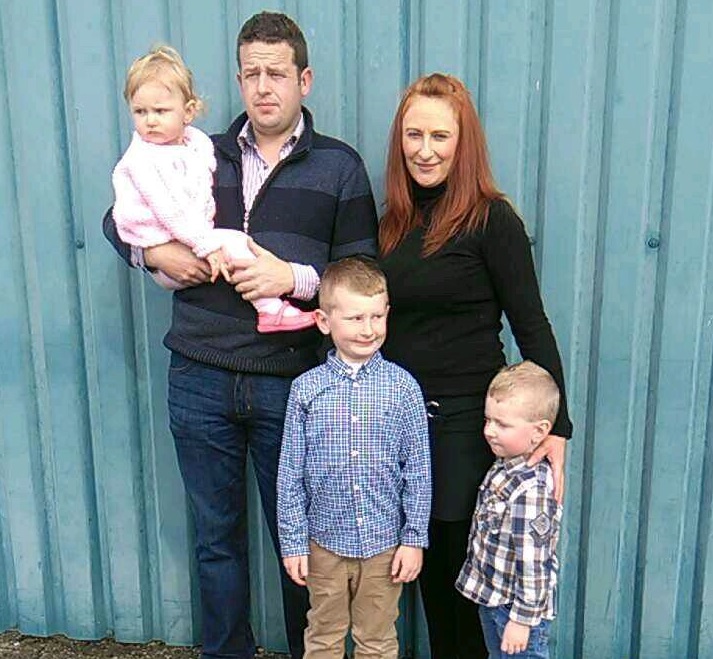