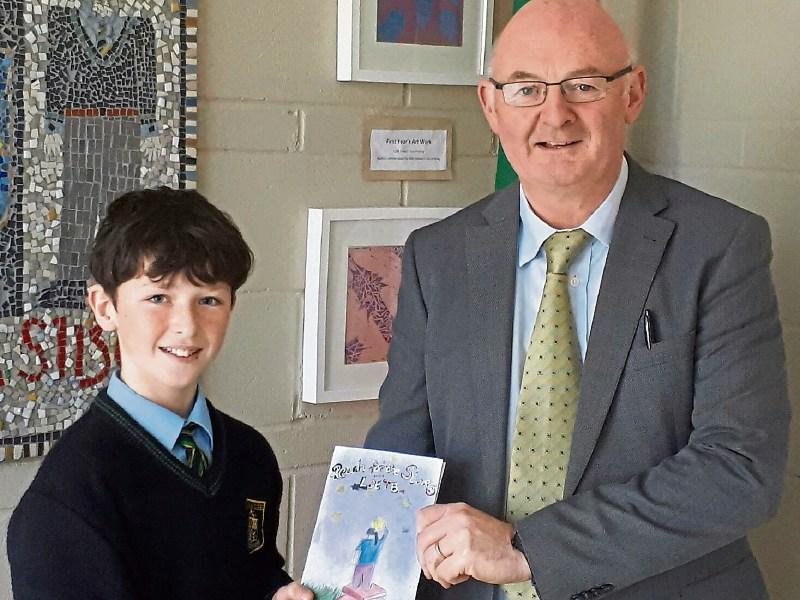 A talented young artist from Clonaslee College has won the honourof seeing his artwork on hundreds of Christmas cards.

Fionn Owens, a First Year student at Clonaslee College has won First Prize in the Laois and Offaly Education and Training Board Christmas Card Competition.

The annual competition is open to First Year Art students across the nine LOETB schools in Laois and Offaly. There were a large number of entries from art students, including from Laois schools Clonaslee College, Portlaoise College, St Fergal's College Rathdowney and Dunamase College.

The students were invited to design and paint a Christmas card for the ETB.

He recently received his prize from Mr Paul Fields, Director of Schools, LOETB.

"I was delighted to win and I am very proud to see my artwork being printed," said Fionn, who went to primary school in Scoil bhride Clonaslee.

His parents JP and Zara were delighted for Fionn, who they say is an all rounder.

"Fionn is a keen sportsman as well and he loves playing hurling for his club," said his dad.

“It is the second time in three years that Clonaslee college students have won First Prize in the competition,” she said.

“I am delighted that Fionn won first prize. We submitted a number of entries from Clonaslee College and as, is the case every year, the standard of work is high,” she said.