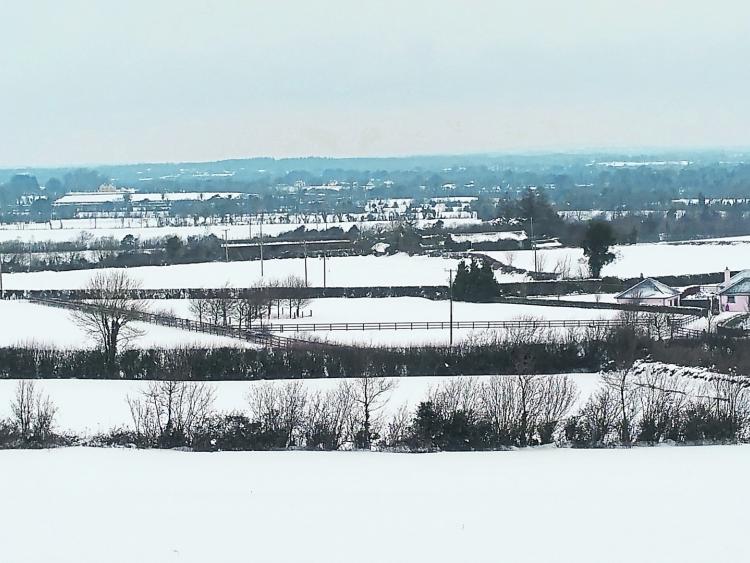 The view from Dysart. Picture from James Fitzpatrick

Firemen in Abbeyleix ensured that hot Meals on Wheels dinners made it to elderly rural residents during Storm Emma snow.

Abbeyleix Fire Station offered their help to Abbeyleix Social Services to deliver the ‘meals on wheels’ on both Wednesday and Saturday, many to the elderly living on roads that cars could not access.

Their offer was gratefully received said chairperson Catherine Smith.
“We are very thankful to the fire brigade for what they did. Everybody got their hot meals, some were not expecting us to call, and they were delighted to get them,” she said.

“We bring meals to rural places like Killamuck, Blackhill and Tullyroe but our volunteers mainly have cars. A lot are elderly people on their own or elderly couples,” she said.

The dinners are cooked in Abbeyleix hospital, co-ordinated by committee member Ann Phelan, then redistributed from the social services centre.
The group delivers to 25 homes every Monday, Wednesday and Saturday, without missing a day since they started in 1974.

“Saturday was the worst day, but thankfully we missed no day, all got their meals,” Ms Smith said.

Below: Abbeyleix fire crews clearing outside their station. 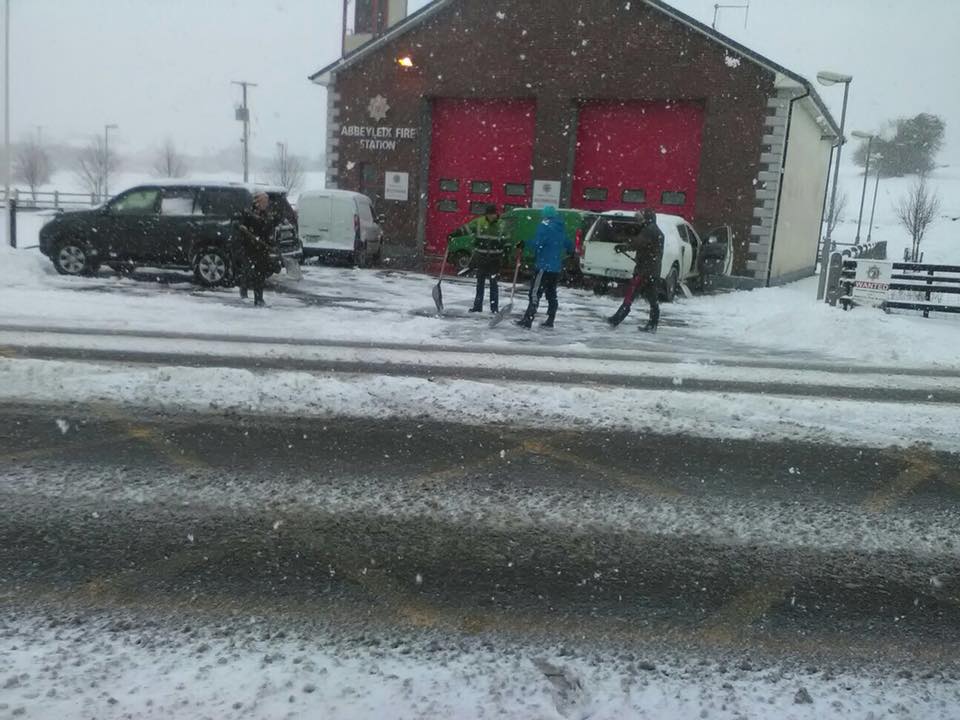 In Portarlington the Meals on Wheels volunteers had to cancel deliveries last Thursday, due to the impassable roads. They rang all their clients or their families to check that they were ok.

Port Social Services cooks and deliver 150 hot meals a week, on Tuesday, Thursday and Saturday. Volunteers were willing to come in to their centre and cook the meals, but the decision had to be made to hold off for safety reasons said committee member Ann Dunne.

“It was the first time in 46 years we ever had to cancel. In town the roads were not too bad but around Killenard, Ballybrittas and Rath, snowdrifts were up past the hedges. Even on Saturday they were still pretty bad, far worse than 2010,” she said.

On Saturday volunteer Shane O’Neill brought deliveries in his 4x4, but in one location the final few yards were made by volunteers on foot carrying boxes of meals through deep snow.
“We made a nice stew on Saturday and gave some people double meals. A lot of people didn’t expect us to call and they really appreciated it. Some people already had calls from neighbours to check they were ok,” Ms Dunne said.

Finding the ingredients even posed a problem because the three big supermarkets shut for the storm.
“Trying to find vegetables and milk was hard but we managed it by relying on the small shops,” Ms Dunne said.

She is concerned for very isolated residents around the area, as the snow melts.
“I could see a possibility of finding people who have died, hopefully there are no fatalities,” she said.

Below: Ann Dunne bringing some Meals on Wheels by foot to a house. 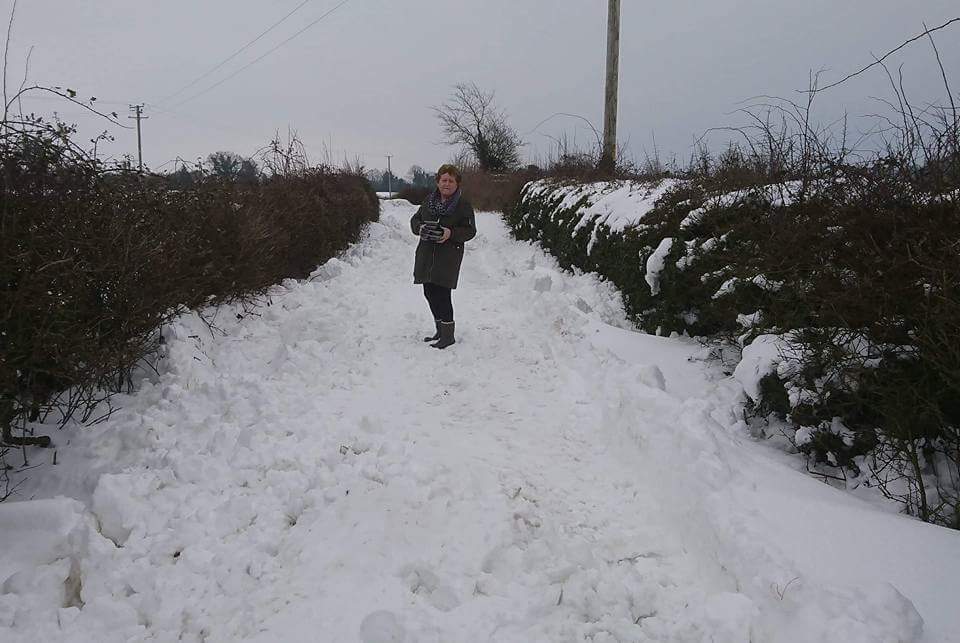 In Mountmellick and Portlaoise, the St Vincent de Paul charities mainly got requests for fuel, which they deliver discreetly through local suppliers.
Mountmellick volunteer Bobby Delaney said that their 'Stay Warm' scheme, where people filled a booklets with €5 fuel stamps, acted as a cushion this winter.
“About €9,000 in stamps were bought. A lot of people still don't know about the scheme,” he said.

In Portlaoise, SVdeP volunteer Billy Fitzpatrick said that while they missed some calls to their shop landline because they had to close, they managed to complete a lot of fuel deliveries on request.

"We came back into the shop after the storm and there were 14 or 15 missed calls to the landline. We have a mobile helpline, 087 7655793. It was manned by Mary Cullen our chairperson, who did a fantastic job," he said.

"We did the best we could. There was a great community spirit and rapport in Portlaoise, for a big town people were so good," Mr Fitzpatrick said.