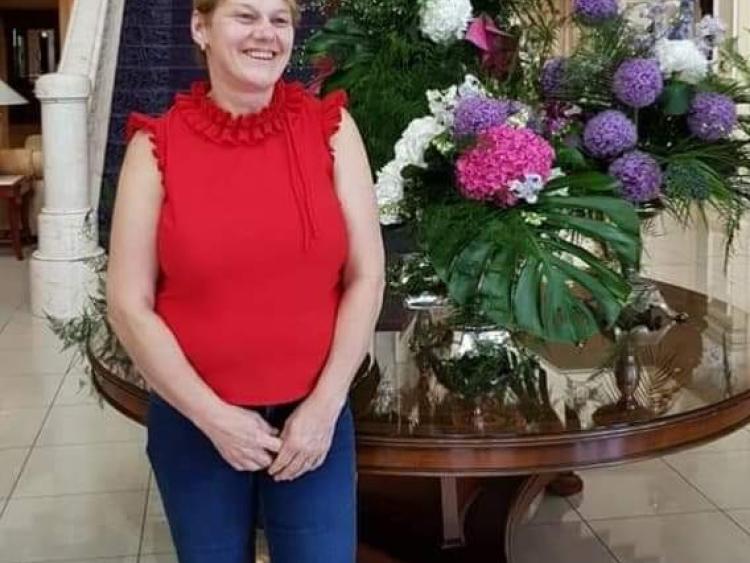 A Laois woman who had a stomach bypass operation to lose weight and save her life, has transformed her physical and mental health.
Janet Stewart from Mountmellick has lost 17 stone, down from 28 stone.

A daughter of Roy and Edith Pratt from Abbeyleix, She moved to Mountmellick after marrying Philip Stewart aged almost 20. Her weight started to go up after the birth of her son Darren.
“I began to gradually lose it but then I was expecting again with Claire and then Leanne. Over the years it kept climbing. I tried many diets,” she said.

“When I look at old photos I don’t remember myself being big like that, but I never had a big mirror in the house. 15 years ago we visited China and Philip walked the Great Wall, I actually could not walk, that is one of my biggest regrets,” she said.

Below: Janet when she weighed about 28 stone. 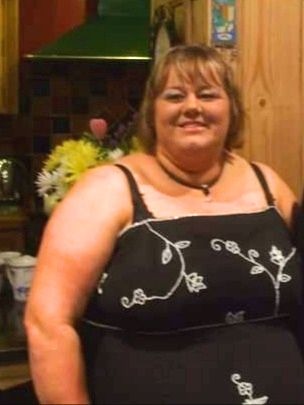 Ten years ago aged 45 she suffered a heart attack.
“I hadn’t been well. I was in A&E, they were sending me home and a young doctor ran out and told me to go to a cardiologist,” she said.
Janet had no time to act because two days later it hit.
“It was like a lorry lying on my chest. The pain in my arm and head was shocking”.

She was rushed by ambulance to Portlaoise and later transferred to the Beacon hospital to get stents inserted to open her arteries.
Janet started cardiac rehabilitation but later that year had a second attack.
“I hadn’t been feeling well but I had kept going. Then the pain got too much and I was brought by ambulance to Portlaoise hospital. They confirmed a mild heart attack which was a big shock, I felt I was doing everything I was told to do. Thankfully there was no major damage done,” she said.

Janet was also seeing a counsellor with depression about her weight. Other issues long buried arose and things took a dark turn.
“I got really down, I finally took an overdose, I felt I would be better off. But when I came out the other side, I thanked God that he didn’t take me when I wanted him to take me, and my life began,” she said.

She recovered but still gets counselling at low times.
“I have a better relationship now with my parents and my family. If something is going on now I talk about it where before I bottled things up,” she said.

Janet began attending a weight loss management clinic and found it brilliant.
“I had a doctor, cousellor, psychologist and physio. I had to lose 10 percent of my weight to get gastric surgery. But then they said with a lack of resources it would be up to five years of a wait. They suggested if I could afford it to go private,” she said.

She found a purpose built hospital in Leeds and had the surgery.
“People don’t realise how big that surgery is. Stomach banding can be removed or loosened but there is no return from a gastric bypass. They staple your stomach to the size of an egg,” she said.

It was a risky surgery.
“If my time was up so be it, but I was afraid for Philip and my family. I don’t think I had a choice, without it I don’t think I’d be here,” she said.

The operation took longer than expected and so did recovery. Janet also had an umbilical hernia repaired, and the pain afterwards caused her to nearly pass out.
“For one month after you can only drink fluids, like soup, bovril tea and coffee. It happened in November and they said I would be able to eat Christmas dinner but I actually couldn’t eat, one mouthful and I was full, it was kind of frustrating.”

Even now eight years later she can only eat one course.
“It is not something I recommend lightly. You have to live with it. I’ve stuck to what I’ve been told but the weight can go back on if you eat the wrong foods. I eat a lot of fruit and vegetables to get my nutrition, meat not so much,” she said.

She relies on a local Slimming World group for support.
“I’m going over two years, I need that encouragement every week, I have only 10 lbs to go to hit my target of 10.5 stone, the weight I was the day I got married. Philip is hugely supportive, he would never sit and eat a cake in front of me,” she said.

Janet can enjoy fashion and high heels again.
“I still automatically go for the baggy clothes but now I can wear more fitted clothes, and how I love my stilettos,” she said.

She can join the family on all their walks now.
“I walk miles, I love going up the mountains, Philip has to try to keep up with me now,” she said.

Janet threw herself into charity fundraising. She has raised over €26k in recent years in Abbeyleix, Mountmellick and Killenard for cancer and leukemia charities in memory of her brother David. She has also fundraised for a defibrillator outside Mountmellick Arts Centre, to go up shortly. She worked tirelessly on the Ben and Jake Connolly Trust committee to raise €300k to build a house for children with life limiting disabilities, now almost ready.

She explains what motivates her charity work.

“The night I took the overdose, they had to put a central line in. I was really heavy, I remember two nurses holding my belly up, and tears rolling down my face. I prayed that if God let me survive, I would help everyone I can, and do whatever I was asked. Maybe that is why, but I do enjoy doing it, I have met so many great new friends,” she said.

Janet has wise advice for people trying to lose weight.
“It is not an easy journey especially if you are really big. It takes determination and friends as well who don’t just say ‘you’re grand’. Don’t set a big target because then you get disheartened. I keep marbles in a jar. Each marble is half a pound, I set my target, I hit it, I take them out and keep going,” she said.