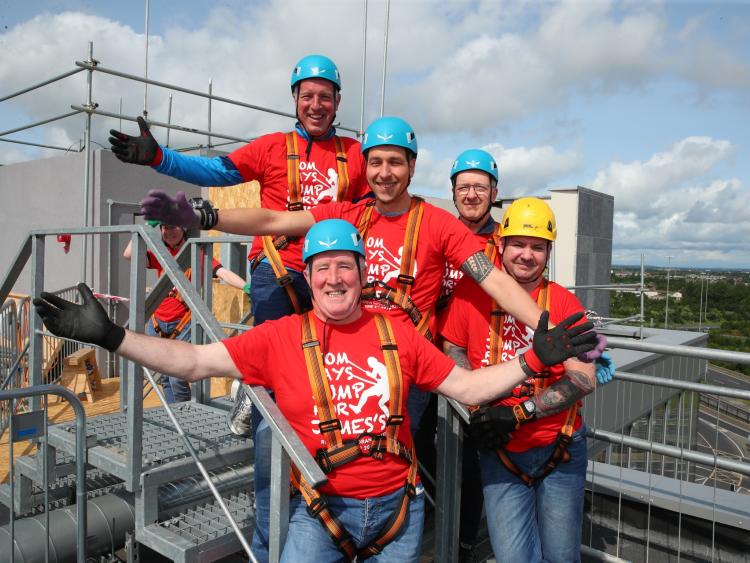 Joe Laffan after his abseil for St James's Hospital

A Laois pensioner overcame one of his greatest fears and jumped off a building for charity this week.

He was one of 200 people to complete the daunting challenge, to abseil 200 feet down from the top of the Red Cow extension, to help raise funds for a dedicated brain disease unit at St James’ Hospital in Dublin.

Joe raised €250 for the challenge with a local sponsorship card. He had been asked to take part by his former employer, the hotelier Tom Moran. Tom came up with the idea to mark the third anniversary of his near fatal brain injury.

“Tom had a major accident and was in a coma and was treated in St James. He is the same age as me. He is still partly paralysed but he did the abseil too, they slid him down it,” said Joe.

The Mountmellick man said that his fear of heights made his decision hard.

I thought it over, I was very nervous,” he said.

Joe finally said yes but at the top of the building it became a reality.

“I suffer from heights. Looking down, I nearly got sick, seeing the small figures at the bottom. You could see the whole of Dublin. I had to step back and let others go ahead of me.

“Then I relaxed a bit and I said I’d try it, there were professionals there to mind us. I just let myself go,” he said. 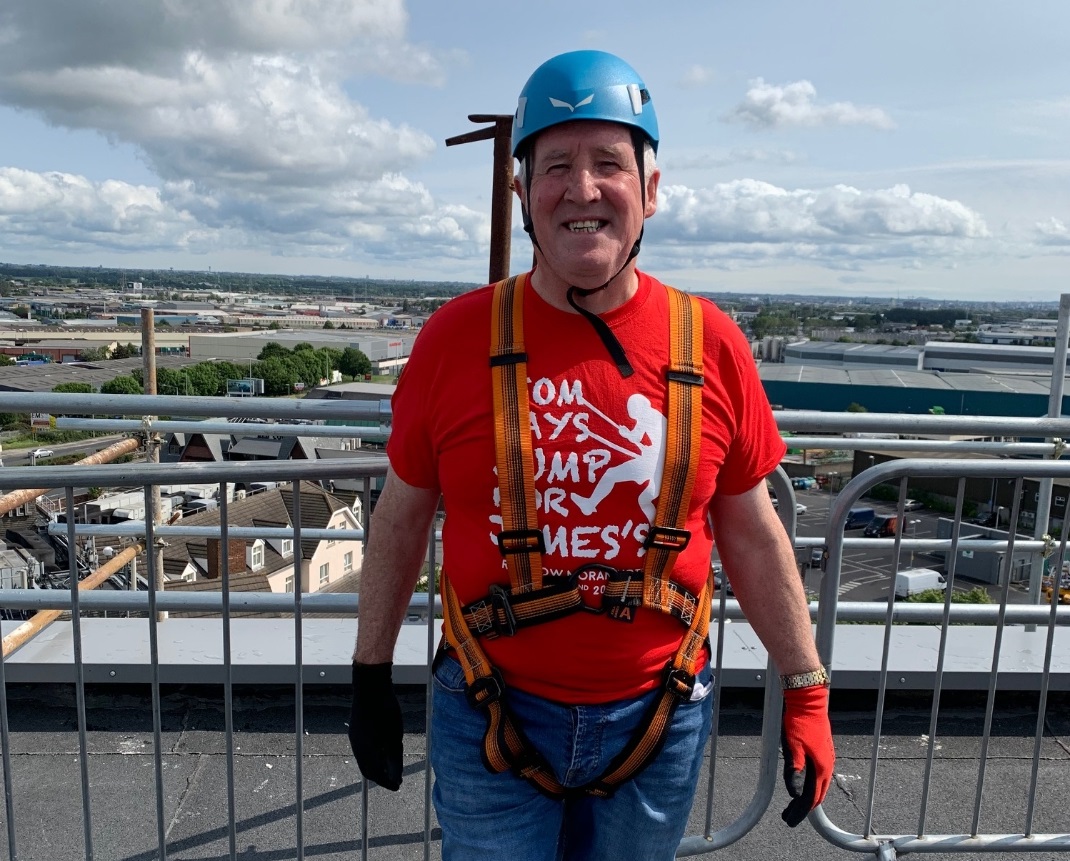 He had to use ropes to lower himself and repeatedly jump away  from the windows all the way down.

“Aer Lingus wouldn’t have landed as fast. I was delighted and very surprised at myself. I enjoyed it. My partner Eileen thinks I'm stone mad,” said Joe.

“I thank the people of Mountmellick for sponsoring me,” he said.

His day wasn’t over then, because Joe never refuses a request to sing for a good cause.

Ray Darcy, Aslan and actors from Fair City were all there to support the abseil, which was followed by a fun day.  The event succeeded in raising over €200,000 for a dedicated brain disease and research research in the hospital. 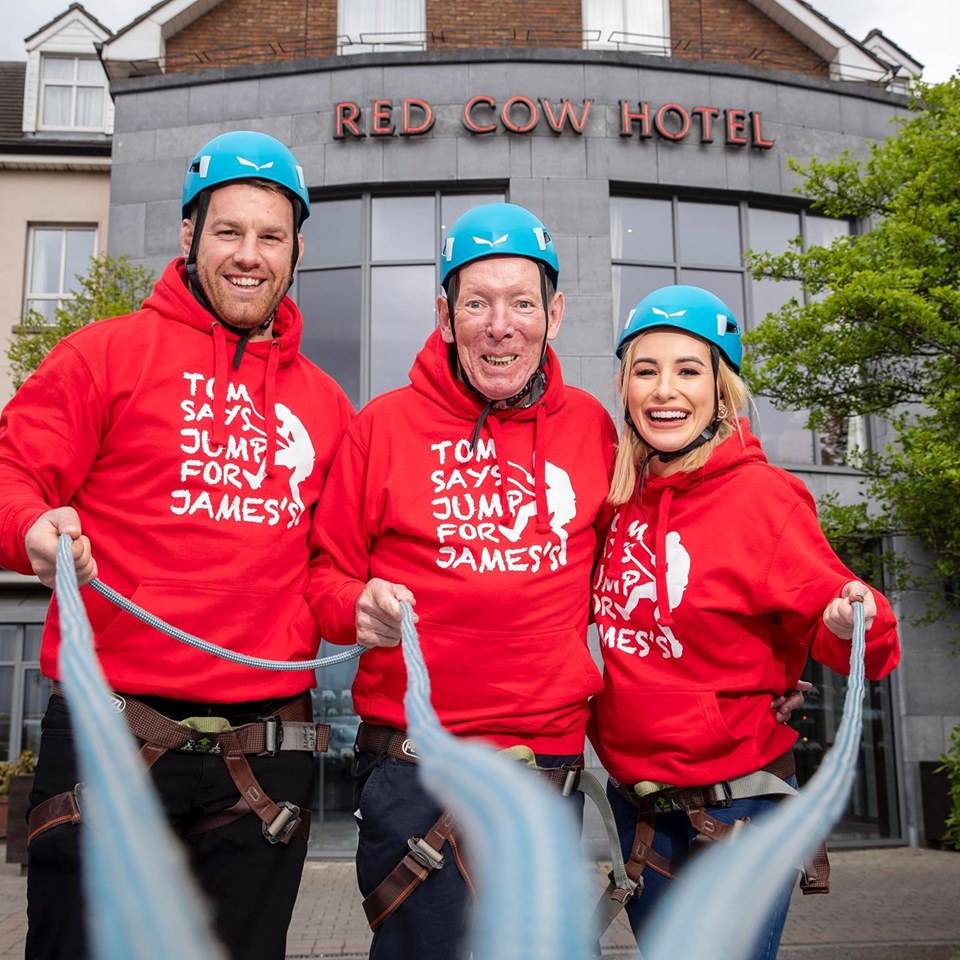