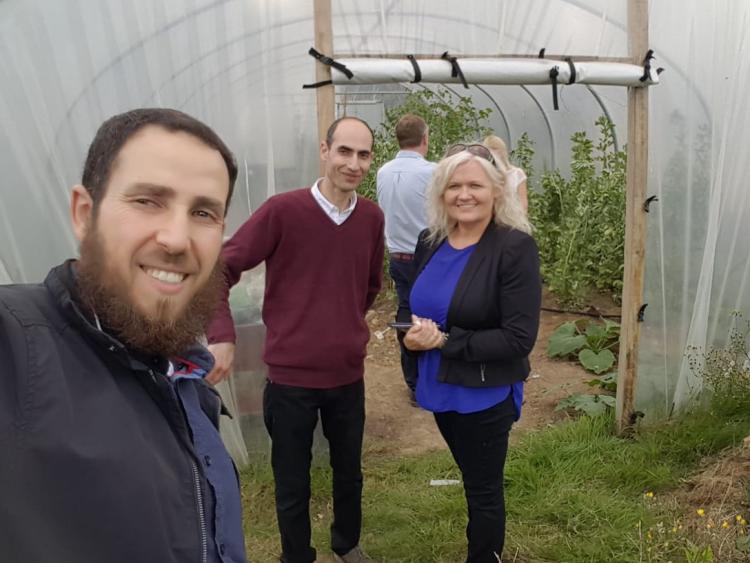 Laois Syrian gardeners at their polytunnel

The Laois Syrian refugee community in Portlaoise have established a flourishing vegetable garden in the National Learning Network's centre.

Their project is so successful that the idea is being picked up in other counties. The project has been filmed by Philip Bromwell of RTE News and is being broadcast today for World Refugee Day. Scroll down to view video.

The Syrian community that arrived in Portlaoise under the UN Resettlement Programme in 2015 had been seeking a new home for their gardening project for two years.

Local integration support worker, Julie Scully was visiting NLN to assess if her clients could access the college’s free training courses when she was shown the empty polytunnels.

Following her suggestion, a committee was formed and the project started last February with funding provided by The Department of Justice and Equality.

The garden has since flourished with Syrians Radwan Abou Hajar and Mohammad Kadour cultivating it. The expertise that Radwan, who holds a BSC in Agricultural Science, and Mohammad as a farmer bring to this project has led to staggering results.

“There is something both simple and profound in seeing tiny seeds from Syria grow into large healthy plants here in Portlaoise and hopefully this will reflect the experience of the Syrian community in Laois as they make Ireland their new home This is a place where Radwan and Mohammad can bring their children and teach them the skills they need to grow native Syrian vegetables – something that could easily have been lost due to conflict," said Ms Scully. 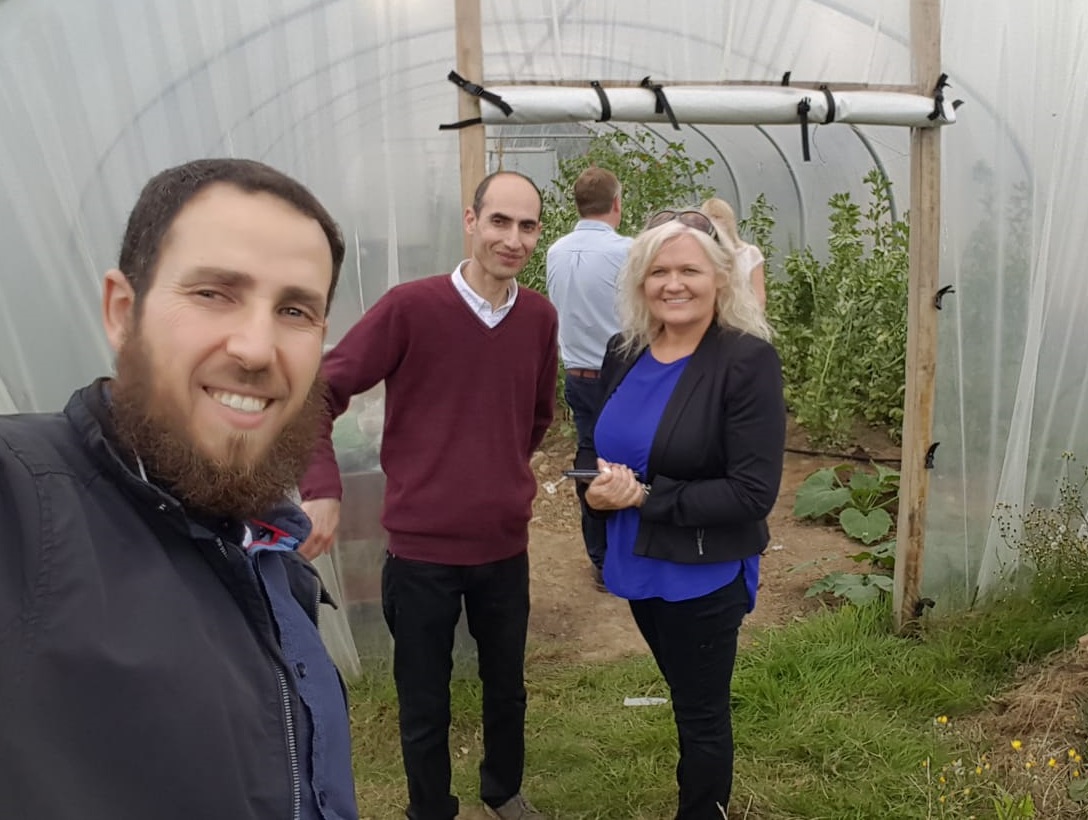 The garden at NLN also provides a place of refuge for members of the Syrian community to come together, work collectively and share their produce with family and friends.  For many, the project provides a sense of place and purpose after the turmoil of leaving their homes.

Allan Boyle is Manager of NLN College in Portlaoise.

“We are absolutely delighted to have this relationship with members of the Syrian Community as we are a specialist training provider and given recent changes to rights of work of refugees and asylum seekers, we are hoping to recruit more students from the African/Syrian community to help them both integrate into the county of Laois and to get and keep a job in an area of their choice. Every day we watch students who come to NLN who need a little support, flourish and grow,” he said.

“Going forward, we are hoping to expand the gardening project with Radwan and Mohamed on lands at the back of our centre to create both flower and vegetable gardens with our current students here.  We are also looking forward to having an open day in the centre here in Portlaoise on July 18 where prospective students and members of the public can drop in and see the Centre including the Syrian Gardening Project," he said.

World Refugee Day is observed every year on June 20 in order to raise the public awareness of the plight of refugees throughout the world.