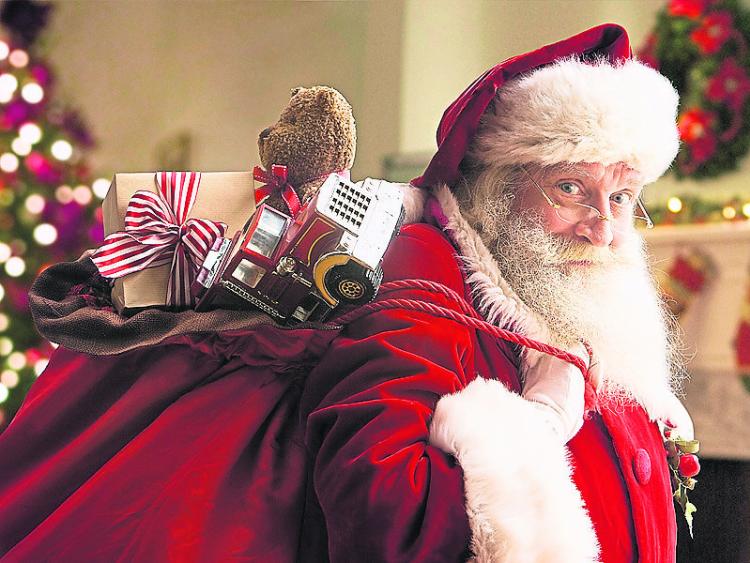 Santa to get helping hand in Laois

A kindhearted group of Laois people will help Santa this Christmas to deliver his gifts to children.

Santa’s Helpers was set up by volunteers Chrisse Lynch Navarre and Darren Conroy in October. They have gathered a committee of Laois people with the same aim, to make it a happy Christmas for some of the Laois children whose families are financially struggling.

Chrisse emigrated from her native Mountmellick to USA in 1964 but keeps close ties with home. With Darren, she came up with the idea and support has rapidly grown. Over €4,000 from public donations has already flooded in.

"There are families all around Laois, in every community who are struggling financially, especially at Christmas time. From liaising with people who are working in the community our committee are able to get presents to these families. This is a great help and enables family to concentrate on other needs such as food and heat," Darren explained.

"Our committee do not know who these families are, but from discussions with people who are in a position to know, we are very confident that our help will get to the right families. We know that there are families where a parent has died or where one is very sick and unable to work. Some have a very sick child and have to devote all of their time to caring for them. There are also families where a parent has left. All are left struggling financially. In all of this are innocent children who are looking forward to Christmas, hopeful and unsure as to how theirs will be," he said.

‘Speaking to Chrisse one evening the idea for Santa's Helpers was born. She was telling a story of how her late husband Fred, used to buy a bike to be given, from Santa, to a child from a disadvantaged background. This they did year in year out, anonymously. He asked the school to pick a child who was trying their best and Santa got to that house," said Darren.

"Chrisse has been very generous over the years to various fund raisers in Laois. She asked me to do the same, for a child in Laois if she sent the money. I promised that I would, and I agreed that I would do the same. That then magnified to where we are now," he said.

Darren said that Brian and Ger Lynch from Mountmellick also inspired them to set up the group. The brothers for over 60 years erect Mountmellick's 65 foot Christmas tree and give a present to every schoolchild in the town.

He requests donations to help fulfil their idea.

"Santa's Helpers have a wonderful committee. People who really care who are doing their best with this project. Not one person involved here want a thing, not even a comment on a post or in person. We are just in a position through which, with the help of the community, that this can be done. This is not about us; it is about children in our community in need of help. What we want is help, financial help to get this done.

From all that I've heard about families in the communities of Laois, for the memory of Fred Navarre, for the biggest heart that I have the pleasure to know Chris Navarre and more importantly for the happiness of the children this will reach, We are getting this done, hopefully including the help of donations as a Santa's Helper," Darren Conroy said.

A Go Fund Me page called ‘Santa’s Helpers’ is set up and cash and cheque donations are also accepted.