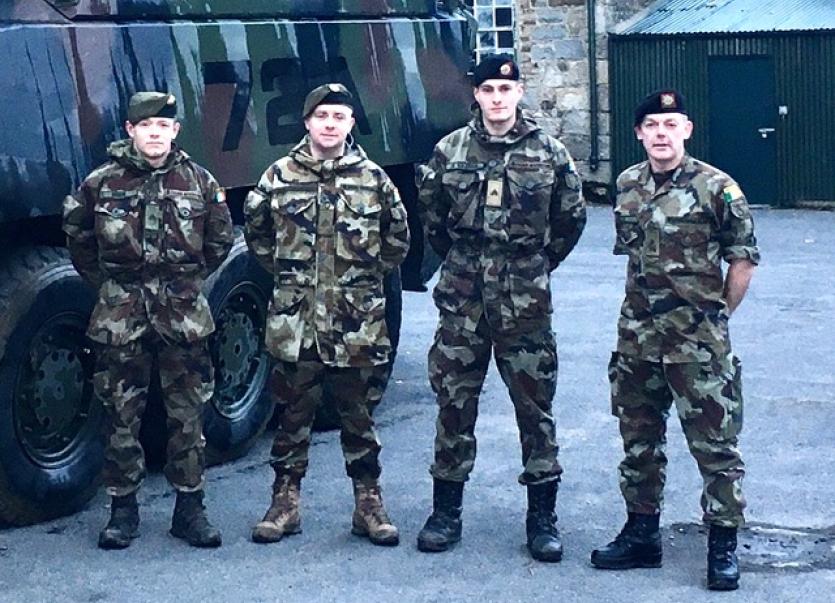 A proud Laois native is preparing to lead a mission by the Irish Defence Forces to Syria, heading up a group of specialised soldiers including four more Laois men, one being a senior footballer.

Lieutenant Colonel Robert Kiely is a native of Mountrath living in Limerick for the past 18 years with his family.
He will lead the 61st infantry, 130 soldiers who are due to depart on a six month specialised tour in April to the Golan Heights in south Syria. 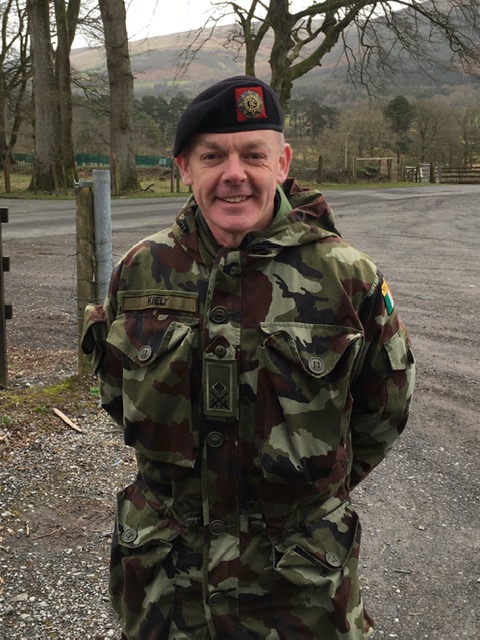 Their United Nations mission mandate is to maintain the ceasefire between the State of Israel and the Syrian Arab Republic.
They also find and disarm any explosives to make the area safe for repopulating.

It is his ninth tour of duty abroad in his 32 year army career and his first as the Commanding Officer.
“I am very proud to have the opportunity to lead an Irish tour overseas. It is the pinnacle of my career, one only gets to lead one unit during a career, it’s a fantastic opportunity. I am looking forward to leading these Irish men and women,” he said.

Paddy is also a senior Laois footballer and plays with Portarlington, part of a talented crop in the club all around the same age. He won the Laois U-21 Player of the Year in 2008, the same year Portarlington ended 24 year wait for silverware at the grade and is a mainstay in Laois defence in recent years

The soldiers have all been training intensively for the past two months for their specialised duties.
The training culminated with an intense fortnight of Mission Readiness Exercise in the Glen of Imaal, putting all commanders and soldiers through a demanding series of scenarios based on the current operational situation in the Golan Heights and focused on the potential threats that may be encountered in the mission area.

“These are highly specialist search and clearance teams, using mobile armour and firepower. They will be searching buildings to ensure there are no unexploded ordnance left so they are safe to man again,” the commanding officer said.
“It is robust, challenging training to prepare us for a myriad of challenges, including medical, booby traps, landmine awareness,” he said.

Below: Irish troops on patrol in the Golan Heights. 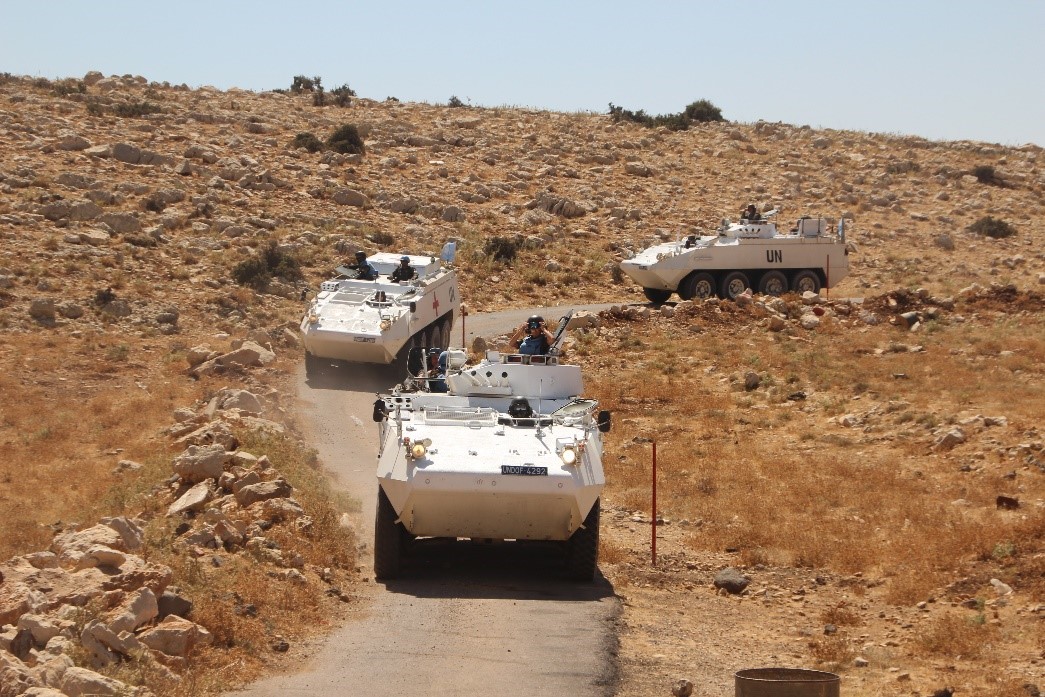 They are poised and ready to do their duty.
“We are looking forward to it now, there is a good bond formed after the training, an esprit de corps, we are ready,” he said.
While a ceasefire is now in place in the Golan Heights there are still dangers he said.
“It is a very unpredictable environment, there are dangers, there are risks, there are still pockets of ISIS there,” Lt Col Kiely said.

The soldiers will not see their families for six months, all the harder in the current Covid-19 crisis.
Lt Col Kiely will have to say goodbye for six months to his wife Amanda and three young daughters Anna Rachel and Niamh ages 8, 6 and 4.

His mother Mary Kiely lives in Shannon Road Mountrath and he also has two brothers and a sister.
“It is hard to leave, but the family we leave at home are the real heroes. They have to get on with life, my wife will run the family and the house,” he said.

“It’s only army families who understand and appreciate that fact. When we are deployed, we are working as a unit, so we support each other. The families are the ones who take up the slack. We wouldn’t be able to do it without their love, support and patience,” he said.

He is proud of the Irish contribution to the UN’s missions.
“We have 593 soldiers around the world on 14 missions. It is part of what we do as international peacekeepers. We have 62 years of unbroken service with the UN. Irish Defence Forces have an amazing history of international peacekeeping. We have a strong reputation for it and I am certain the group will uphold and enhance that reputation,” he said.

The 61 st Infantry Group is comprised of 130 personnel of all ranks representing all branches of the Defence Forces and 21 different Counties nationwide.

Forty personnel are on their first tour of duty overseas while the remainder have completed over 290 tours of duty on 16 different missions Worldwide.