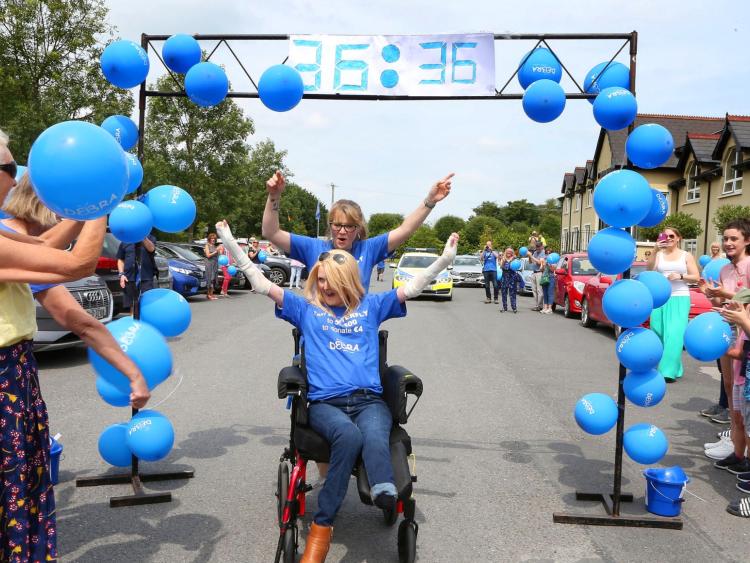 As she was being greeted by a large crowd in Abbeyleix, across the Atlantic, Farrell completed the same 36 km distance on an exercise bike to support Emma whom he has known for a decade.

And Irish rugby star Johnny Sexton will also get on his bike this Saturday, June 27 and cover the distance to back Emma in a bid which has captured the public imagination over the course of June. 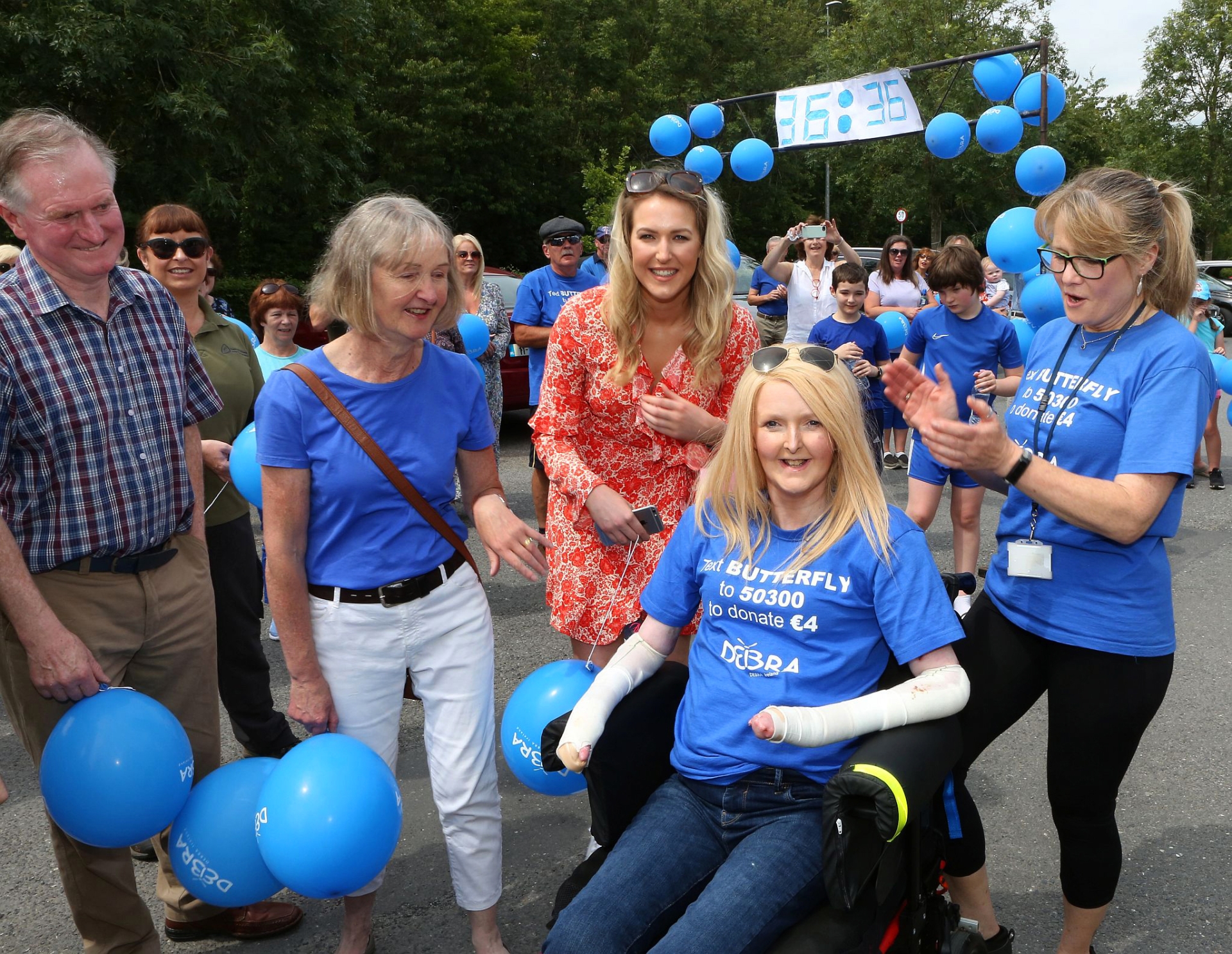 Emma Fogarty being greeted at the finish line of her 36k Challenge in Abbeyleix Co Laois by her parents Malachy and Pat, her sister Catherine and her assistant Georgina Herlihy. Emma is hoping to raise €72,000 for Debra Ireland from her month-long assisted walk. Pic: Michael Scully

Both men have recorded videos of support for Emma, from Abbeyleix, who was born with EB (epidermolysis bullosa), also known as butterfly skin, which causes the skin layers and internal body linings to blister and wound at the slightest touch.

At present, 80% of her body is covered in open wounds and is bandaged every second day. Following a health setback last year, she now uses a wheelchair.

In a video recorded prior to his 36 km cycle, Farrell said he was doing it to signify the completion of Emma’s challenge, which he described as “an unimaginable achievement with the amount of pain that it would have cost her”.

“It has been an enormous display of heart and bravery, two things of which Emma has in no short supply,” he said.

As he faced into the challenge, he admitted that he is not as fit as he used to be, but hoped that because of the time difference between LA, where he is based, and Abbeyleix, he would be crossing the line with her.

Debra Ireland provides patient support services and drives research into treatments and cures for those with the condition.

“The pain I endure, all the time, whether I’m sitting in a chair or lying in bed, is considerable, and I am on a huge amount of medication,” said Emma.

“But I'm not going to let that beat me. For people with EB, 36 is old and to get to this age is a privilege that is denied to many.

“I had a hard year. I had life-changing surgery and I will never take a step again, so the amazing Georgina Herlihy, my assistant, has pushed me all the way.

“My test isn't the endurance test, it is to see if I can endure the ramps, the bumps, the potholes – even a pebble on the road.

“Debra Ireland is an amazing charity. I am so lucky to have them, because without them we wouldn't be able to get nurses or research funding resources, and they deserve all the help they can get.”