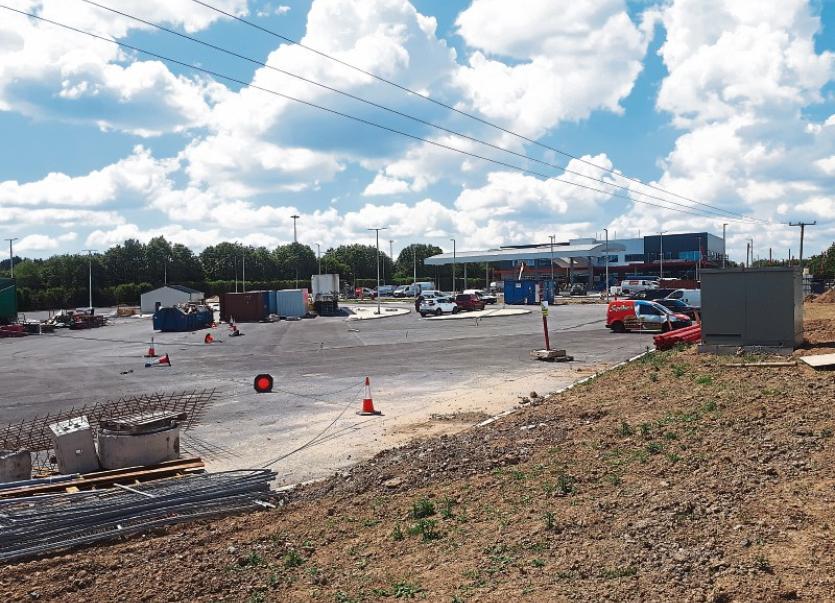 A disused Bórd na Móna train track in Portlaoise should be a greenway to the new motorway enterprise centre and service station, say local councillors.

Work is well underway to construct J17 National Enterprise Park from new and expanded roads to the new Glanbia cheese factory and Supermacs owned Portlaoise Plaza, both due to open later this year.

Those two developments alone are predicted to employ about 280 people, with many other businesses buying sites at the enterprise park from owners Laois County Council.

Cllr Willie Aird believes that workers can commute by the greenway and it would also be a popular walking route for Portlaoise people.

He said it was a walkway in years gone by.

“I see a huge vision for a walkway out the old railway line onto the whole campus. It could come out at Supermacs, it would be absolutely fantastic, it would be our little greenway,” he said.

Cllr Aird said that the rail line “wasn’t touched” and is intact, other than a section after Brooders Bridge that was merely covered over.

“It was linked in to the masterplan for Togher 20 years ago before there ever was talk of greenways. It goes all the way to the entrance to Togher Woods. Local people drive out there to park and walk. Maybe if there was a safer route and a cycle route they would use that instead,” he said.

He was commenting at the July meeting of the Portlaoise Municipal District.

“It’s a fantastic idea, we all walked that way as children, it would be ideal to commute to the town,” she said.

The council is soon to start public consultation to declare an upgraded road in Togher as a public road. Compensation is also to be negotiated using independent arbitration to pay a local developer who has upgraded service pipes on the road to serve the entire area which covers 191 hectares.